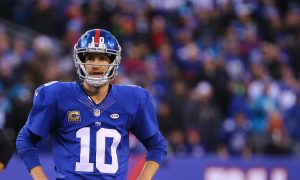 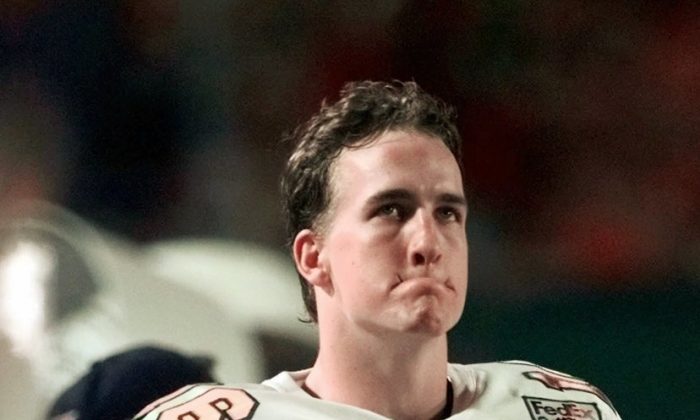 Manning, the face of the NFL and the pitchman for Nationwide Insurance, DirecTV, and Papa John’s Pizza, was listed as a defendant—along with Archie Manning, John Underwood, and HarperCollins Publishers—in a 2003 court document entitled “Facts of the Case” that was posted online by New York Daily News Columnist Shaun King on Feb. 13, 2016.

The shocking, 74-page document is from a little-known, already-settled defamation suit against Manning by Dr. Jamie Naughright, who was the former Director of Health and Wellness for the Men’s Athletic Program at the University of Tennessee while Manning was a student there from 1994-98.

In it, Naughright alleges that Manning sexually assaulted her (by placing his naked butt and rectum on her head) while she was examining him for a possible stress fracture back on Feb. 29, 1996, tried to cover it up with a story that’s not supported by an eyewitness, and then attempted to smear her reputation in a book with claims against her that went unsupported.

Former lawyer Mike Florio of ProFootballTalk makes sure to call the document, “a piece of advocacy.”

Ultimately the most damaging parts of the document aren’t just the alleged 1996 sexual assault (and whatever event that happened in 1994 that Manning’s lawyers wanted sealed) but also a letter from the eyewitness of the alleged assault, former University of Tennessee athlete Malcolm Sexton.

In the letter to Manning, dated December 10, 2002, Sexton at one point says, “Peyton, you messed up. I still don’t know why you dropped your drawers.”

Sexton also goes on to say that he’s not on either Manning or Naughright’s side and has stuck to the story throughout and lost his eligibility for it, implying that his red-shirt request was never granted because of it.

Meanwhile the document also claims that Manning’s assertions that Naughright had a vulgar mouth were also unsubstantiated and that he did so to salvage his own reputation.