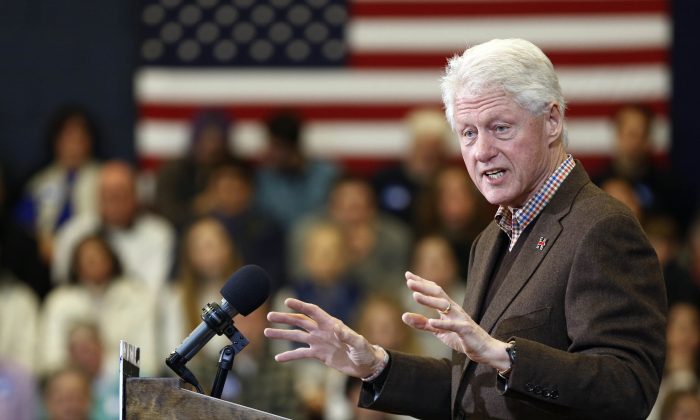 The Clinton Foundation confirmed it accepted a $1 million gift from Qatar while Hillary Clinton was Secretary of State—without informing the Department of State, reported Reuters.

It’s significant because Clinton had promised the State Department to let it review new or significantly increased support from foreign governments, as Reuters reported on Nov. 5.

The officials gave the money to Bill Clinton to mark his 65th birthday in 2011, and the Qataris sought to meet the former president in person, according to an email leaked by WikiLeaks last month.

The email reads: “[Qatar] would like to see WJC ‘for five minutes’ in NYC, to present $1 million check that Qatar promised for WJC’s birthday in 2011,” an employee at the Clinton Foundation told several aides in the email, including Doug Band. “Qatar would welcome our suggestions for investments in Haiti—particularly on education and health. They have allocated most of their $20 million but are happy to consider projects we suggest. I’m collecting input from CF Haiti team.” WJC refers to William Jefferson Clinton, better known as Bill Clinton.

It’s not clear if the meeting ever took place.

In 2009, Hillary Clinton had to sign an agreement to prevent conflicts of interest that said her global foundation couldn’t receive any support from foreign sources without notifying the State Department, according to Reuters.

If a new foreign government wished to donate or if an existing foreign-government donor, such as Qatar, wanted to “increase materially” its support of ongoing programs, Clinton promised that the State Department’s ethics official would be notified and given a chance to raise any concerns.

Clinton kept a $1 million check from Qatar a secret, and Clinton Foundation officials declined to confirm its existence last month. With just days to go before the election, its spokesman, Brian Cookstra, said the organization got the money, saying it wasn’t a “material increase.”

When he was asked by Reuters, Cookstra said the Qatar donations were for “overall humanitarian work.”