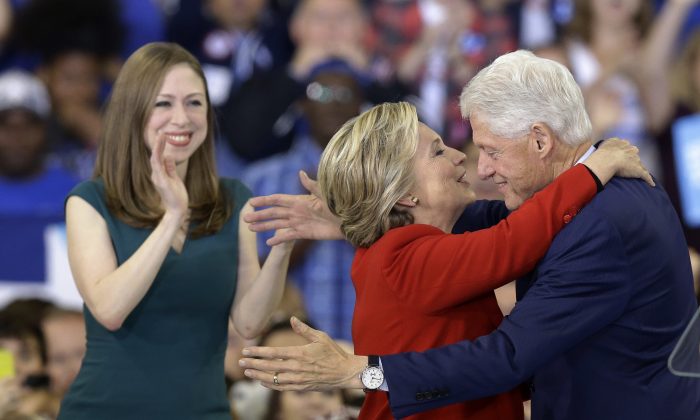 Chelsea Clinton, the child of Hillary and Bill Clinton, is reportedly being groomed to run for Congress.

The 36-year-old former first daughter may run to represent a district in New York, reported The New York Post. State Democrats say she has an eye on the seat held by Rep. Nita Lowey after she retires.

“While it is true the Clintons need some time to regroup after Hillary’s crushing loss, they will not give up,” an unnamed source told the Post. “Chelsea would be the next extension of the Clinton brand.”

Chelsea lives in Manhattan but also owns a house next to where her parents live in Chappaqua, New York, meaning she could aim for Lowey’s current seat. Lowey, 79, was just reelected for her 14th term and is representing New York’s 17th Congressional District in Westchester County, located north of New York City.

“In the past few years, she has taken a very visible role in the Clinton Foundation and on the campaign trail,” the source continued. “While politics isn’t the life Hillary wanted for Chelsea, she chose to go on the campaign trail for her mother and has turned out to be very poised, articulate and comfortable with the visibility.”

In 2011, New Rochelle Talk reported that Chelsea was planning to run for Lowey’s seat but Lowey ran for re-election in 2012.