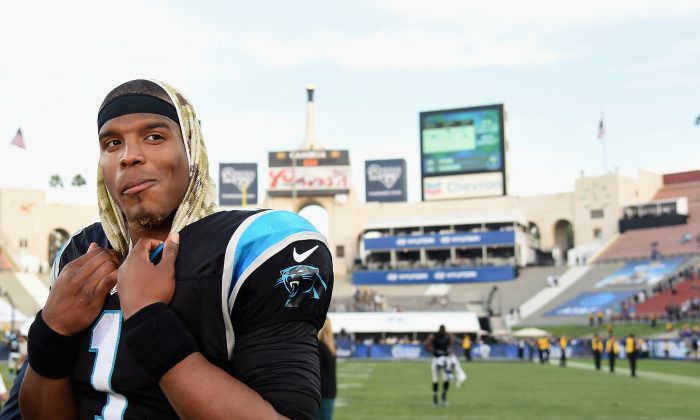 Quarterback Cam Newton #1 of the Carolina Panthers smiles as he is interviewed after his team defeated the Los Angeles Rams 13-10 in the game at the Los Angeles Coliseum in Los Angeles, California on Nov. 6, 2016. (Harry How/Getty Images)
NFL

Report: Cam Newton Will Be a Father Again

Carolina Panthers quarterback Cam Newton will be a father for a second time, according to reports.

Newton and longtime girlfriend Kia Proctor are expecting their second child in December, the father of Newton told ESPN.

His parents didn’t say what the gender of the child would be or what the name is. “You’ll have to talk to Cam about that,” mother Jackie Newton told the Charlotte Observer.

He explained why he named his son Chosen.

“Every person that I’ve had this conversation with I say, ‘I didn’t want him to have the pressure of being the Junior,'” Newton told reporters, ESPN reported. “Then they replied with, ‘What the hell do you think Chosen is going to bring?'”

“It’s something that I think he grows up and appreciates rather than … have a couple of names in his class of the same name as him when they’re doing morning roll call and they say his name.”

My longtime girlfriend and I were extremely blessed to have a son last week. Our family is excited and thank you all for the well wishes!