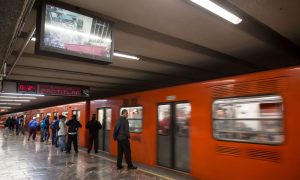 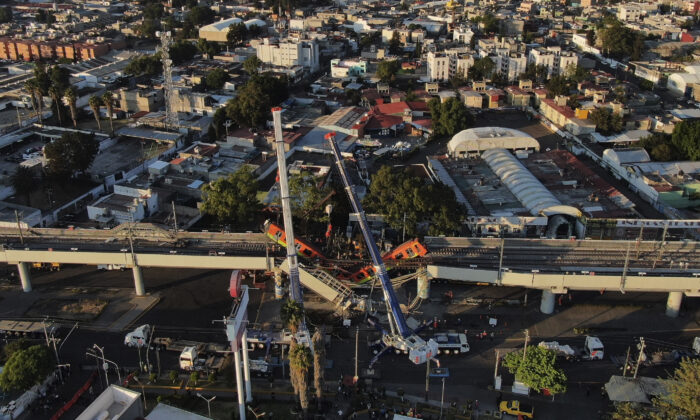 Subway cars dangle at an angle from a collapsed elevated section of the metro in Mexico City, on May 4, 2021. (Fernando Llano/AP Photo)
Americas

MEXICO CITY—A preliminary report by experts into the collapse of a Mexico City elevated subway line that killed 26 people placed much of the blame Wednesday on poor welds in studs that joined steel support beams to a concrete layer supporting the track bed.

The city government hired Norwegian certification firm DNV to study the possible causes of the May 3 accident, in which a span of the elevated line buckled to the ground, dragging down two subway cars.

The report also said there were apparently not enough studs, and the concrete poured over them may have been defective; the welds between stretches of steel beams also appear to have been badly done.

“The studs showed deficiencies in the welding process,” the report states.

The report centered on photos and physical inspection that showed that metal studs welded to the top of steel support beams had broken or sheered off cleanly, suggesting the welds were defective.

The beams could not carry the weight of the track bed on their own. The studs projecting upward from the beams were covered with a poured concrete slab meant to help carry the weight.

But the studs were found to be still carrying ceramic rings that covered the welds. Used as a safety and control method to contain the molten steel, the rings were supposed to have been knocked off after welding so inspectors could see the welds themselves. The fact they were left in place may suggest the welds were not properly inspected.