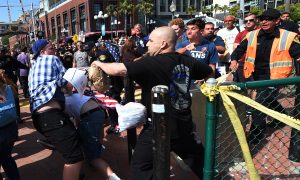 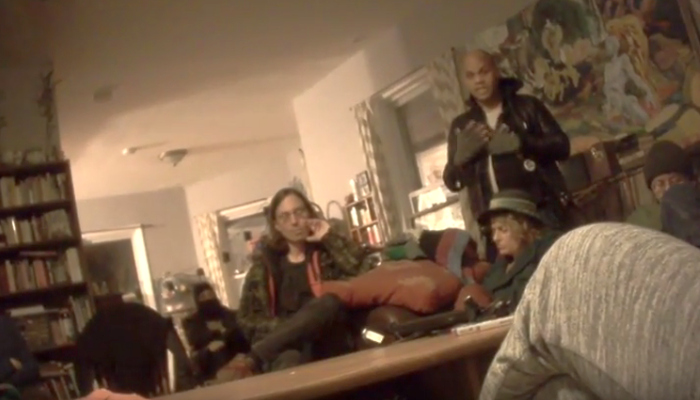 Update:  According to the Washingtonian, “But the Antifascist Coalition says it knew the cameraman in the video was an actor in O’Keefe’s Project Veritas group, and concocted a phony plan in order to throw him off. It may have worked more effectively than the Antifascist Coalition anticipated, as O’Keefe’s video is being reported by Breitbart, the Drudge Report, and other Trump-friendly outlets as proof that left-wing protesters plan to engage in “criminal activities” to disrupt the inauguration and its associated events.”

Specifically, the D.C. Anti-Fascist Coalition, which is part of the anti-Trump inauguration group called #DisruptJ20, wants to force the cancellation of the DeploraBall—a sold-out gathering of Trump supporters slated for Jan. 19 at the National Press Building. Organizers of the coalition were captured discussing the plans on video by Project Veritas, the brainchild of controversial conservative firebrand James O’Keefe.

“I was thinking of things that would ruin their evening, ruin their outfits, and otherwise make it impossible to continue with their plans. So they get nothing accomplished,” says a man identified in the video as Scott Green, the leader of the D.C. Anti-Fascist Coalition.

Another man, identified as Luke Kuhn, described their potential plans. “If you had a pint of butyric acid, I don’t care how big the building is, it is closing,” he says in the clip, which was captured in a sit-down meeting at the Comet Ping Pong pizza restaurant in Washington.

Butyric acid is commonly used to produce stink bombs. If the plan to use the substance to disrupt the event fails, the alleged activists say they would try to trigger the sprinkler system.

Green then responds: “And this stuff is very efficient. It’s very, very smelly, and it lasts a long time.”

“I’m trying to think through how to get all the sprinklers to go off at once,” a man identified as Colin Dunn says. Furthermore, he says he wants to ensure it is “made to look like an accident.”

Another activist in the video can be heard issuing tacit threats to the District of Columbia city government.

He says: “The message has to be, we do not recognize the city government either. If you try to close us down, we will look for your house, we will burn it. We will physically fight the police if they try to steal one of our places. We will go to war and you will lose.”

But in a Jan. 16 post on its website, #DisruptJ20 dismissed the Project Veritas video and suggested that O’Keefe used “sad aspiring actors to go undercover to get video of leftists in order to chop up the film to make up a news story. Hilariously enough, we have nothing to hide.” It, however, did not refute that the men in the video were associated with #DisruptJ20 and the D.C. Anti-Fascist Coalition.

According to the #DisruptJ20 event website, they’re seeking to “protest the fascist alt-right ‘DeploraBall'” because activists “absolutely” won’t let “white supremacists, rape-culture sexists, and fascists celebrate hate in our city.”