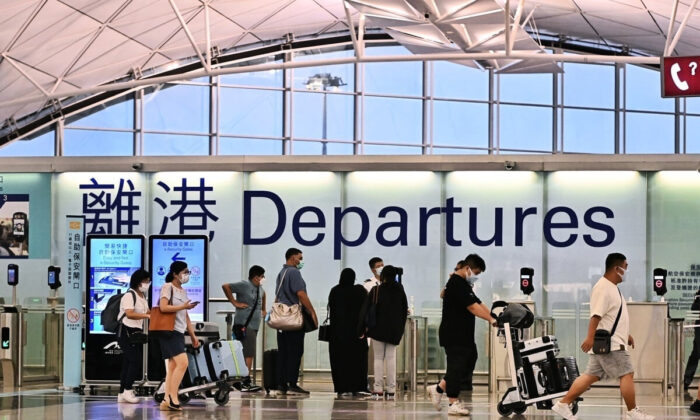 Bupa Global released the latest “Bupa Global Executive Wellbeing Index 2022” report on Nov. 23, indicating that high-net-worth (HNW) individuals and top executives, especially in Hong Kong, are planning a career change next year, and 13 percent of CEOs are planning to relocate out of Hong Kong.

According to the report, business leaders are under tremendous pressure since Hong Kong’s economy is having a tough time. Sixty-six percent of the HNW individuals in Hong Kong (even higher in CEO: 96 percent) said that they had experienced symptoms of mental ill-health over the past 12 months. Common problems include mood swings, decision difficulties, disturbed sleep, and mental exhaustion or burnout.

However, they have rarely sought help for their problems; just 11 percent have sought assistance from a doctor or a mental health professional.

Surprisingly, seven percent of the HNW individuals had the thought of causing harm to themselves or others (worse among CEOs: 12 percent), which is much higher than the result of 4.5 percent in last year’s findings.

Their main worries are meeting ESG goals (37 percent), work-life balance (27 percent), and economic uncertainty or recession (25 percent). Among them, their worry about meeting ESG goals is the highest among all global markets. with the global average being 26 percent.

37 Percent of CEOs Work Over 60 Hours Every Week

The research found that in the previous 12 months, 89 percent of the HNW individuals always worked overtime and did not take full holiday allowance. In addition, 23 percent worked more than 60 hours, and the situation is even worse for the senior executives (CEOs: 37 percent).

Nearly all (98 percent) of Hong Kong’s HNW individuals said they needed to improve their work-life balance.

Resignations and Global Executive Exodus Are Far from Over

These Hong Kong’s HNW individuals are joining the great resignation in order to spend more time with their families or friends (17 percent) and maintain their mental health (13 percent). Thirty-eight percent of the HNW individuals are planning career changes next year, including moving jobs, reducing working hours, becoming a consultant or freelancer, stopping work, or retiring.

The report mentioned that the great resignation of global senior management is expected worldwide, with 13 percent of the CEOs planning to relocate out of Hong Kong and 10 percent of them planning to move to other countries or cities.