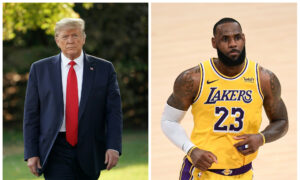 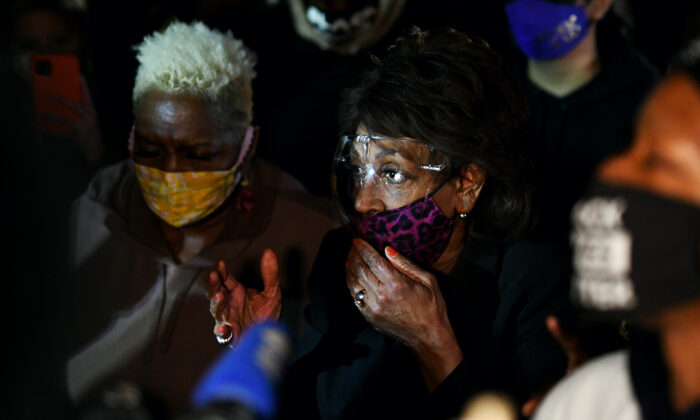 Rep. Maxine Waters (D-Calif.) says the judge overseeing the trial of former Minneapolis police officer Derek Chauvin was “way off track” in saying that remarks the congresswoman made to demonstrators before jurors reached their verdict could help the defense win an appeal.

“I’ve talked with a lot of legal scholars and lawyers. He was way off track,” Waters said on said April 24 during an appearance on CNN, referring to remarks made by Hennepin County District Judge Peter Cahill.

“He knows that there was no interference with jurors,” she said. “And he knows that this is not the cause of an appeal. Most of the time you have a case like this, they’re going to appeal it anyway. To say that I’m going to cause an appeal really is not credible.”

Through a spokesman, the judge declined to comment to The Epoch Times.

Waters traveled to Brooklyn Center, a suburb of Minneapolis, before jurors convicted Chauvin on all three counts in the 2020 death of George Floyd. She told a crowd of demonstrators that she wanted the jury to convict Chauvin. In the event of an acquittal, she urged demonstrators “to stay on the street” and “get more active” and “more confrontational.”

“We’ve got to make sure that they know that we mean business,” she said.

Demonstrations in Brooklyn Center, which broke out after a police officer fatally shot a man who resisted arrest during a traffic stop, turned violent on multiple nights, with a raucous crowd hurling projectiles at law enforcement personnel and trying to tear down fencing erected around the city’s police department.

The officer later resigned and has been charged with second-degree manslaughter.

Waters’s remarks were noted in court by Chauvin’s lawyer, Eric Nelson. He said Waters “was making what I interpreted to be, and what I think are reasonably interpreted to be, threats against the sanctity of the jury process, threatening and intimidating the jury, demanding that if there’s not a guilty verdict there would be further problems.”

Nelson asked for a mistrial, given that the jury was not sequestered when Waters made the comments.

While Cahill turned down the request, he weighed in on the remarks.

“I wish elected officials would stop talking about this case, especially in a manner that is disrespectful to the rule of law and to the judicial branch and our function,” he said. “If they want to give their opinions, they should do so … in a manner that is consistent with their oath to the Constitution.”

Cahill also said that the remarks could contribute to an “appeal that may result in this whole trial being overturned.”

Waters received widespread criticism for her comments, which some said amounted to inciting violence.

“This weekend in Minnesota, Maxine Waters broke the law by violating curfew and then incited violence,” House Republican Leader Kevin McCarthy (R-Calif.) said in a statement. He introduced a resolution to censure Waters that was rejected in a party-line vote.

Waters reiterated on CNN that she wasn’t calling for violence.