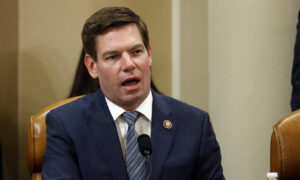 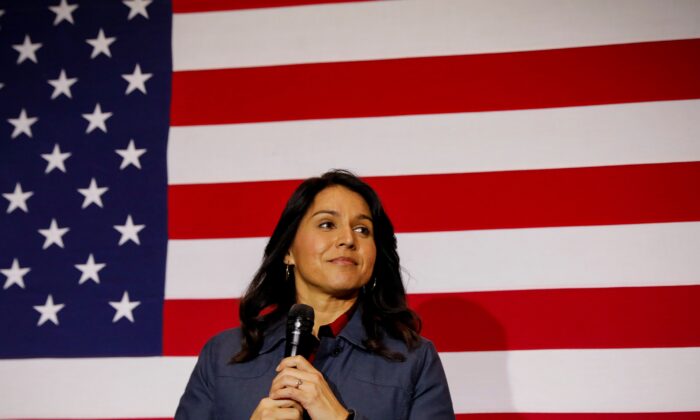 Rep. Tulsi Gabbard: Young Members of Congress Should Not Get CCP Virus Vaccine Before Elderly

Former Democratic presidential candidate and Rep. Tulsi Gabbard (D-Hawaii) said members of Congress under the age of 65 should wait to get the COVID-19 vaccine until those who are older and the most vulnerable receive it first.

“Members of Congress like me, we can get the vaccine before at-risk seniors,” she said, adding that there are others—like the elderly or people with health conditions—who need it more.

She described the move as “immoral” and “a bad health policy,” according to comments on social media.

“They’re recommending 100 million ‘essential workers’ (i.e. healthy people working at liquor stores or phone companies) can get the vaccine before our grandparents,” Gabbard also wrote, adding: “I had planned to get the vaccine but will now stand in solidarity with our seniors by not doing so until THEY can. I urge my colleagues who are under 65 and healthy to join me.”

Other than Gabbard, Sen. Rand Paul (R-Ky.) and Reps. Brian Mast (R-Fla.), Ilhan Omar (D-Minn.), Elise Stefanik (R-N.Y.), and Jeff Van Drew (R-N.J.) have all come out and said they will refuse to take the CCP (Chinese Communist Party) virus vaccine until front-line health care workers and seniors have received it.

Rep. Matt Gaetz (R-Fla.) also wrote a message of support after Gabbard made the comments on social media.

Mast said the optics of politicians getting the vaccine before the general public is poor.

“I’m not saying that I have any type of aversion to it. It’s just a personal stance that if you’re a leader, you eat last,” the Florida Republican told The Hill on Tuesday.