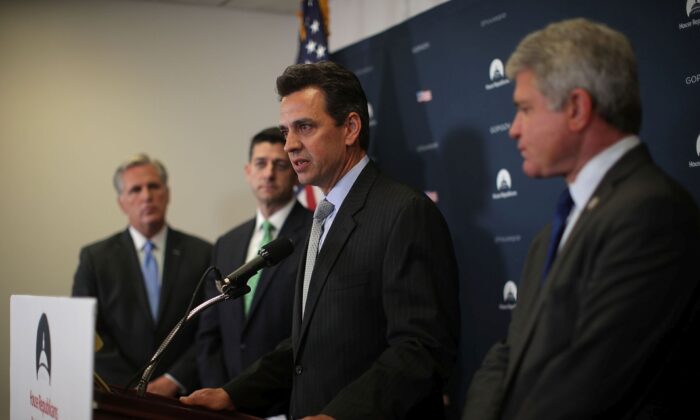 Rep. Tom Graves (R-Ga.) announced Thursday that he would not be seeking reelection in 2020.

The 49-year-old lawmaker was first elected in 2009 after having served in Georgia’s state House of Representatives. Graves sits on the House Committee on Appropriations and serves as the vice-chairman of the Committee on the Modernization of Congress.

In a statement, he cited his family as the reason for his retirement from Congress.

“As we all do, I’m entering a new season in life. An exciting season. So, the time has come for me to pass the baton. Now it’s my turn to cheer, support and sacrifice for those who have done the same for me over the last two decades,” he said in a statement (pdf).

Today I announced to my friends and fellow Georgians that I will not be seeking re-election to the U.S. House of Representatives in 2020. Serving the country I love so much, and representing the community I hold so dear, is an honor that won’t be replicated.

“With Julie near retirement and my kids now suddenly adults, I have decided not to seek reelection in 2020, and instead, join my family in their new and unique journeys,” he said, referring to his wife.

Graves thanked his family and constituents for supporting him.

“The whole of my service was built upon the contributions of countless people; sacrifices of my family, late nights and long days from dozens of dedicated staff members, friendship of my colleagues, generosity of supporters and encouragement from constituents,” he added.

Graves is now the 21st GOP lawmaker to announce their retirement in the 116th Congress.

On Wednesday, Rep. Denny Heck (D-Wash.), a member of the House Intelligence Committee, announced he is retiring at the end of his term next year.

On Twitter, Heck wrote he is announcing his “retirement from a career in public service that began over forty years ago. I wrote a brief note of thanks, explanation, and remembrance.”

“With the bulk of the Intelligence Committee’s work on impeachment behind us, Thanksgiving week provided me with a good opportunity for rest and reflection. I thought a lot about the privilege it is to serve the people of the 10th Congressional District and to be one of only approximately 12,000 people in our Republic’s history to serve in the US House. This is important work and there are many parts to the job I deeply love,” he wrote on Medium.