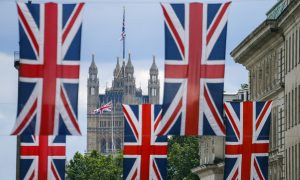 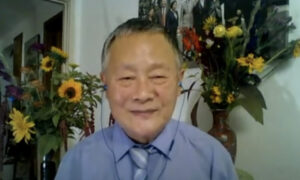 An Interview With the Father of the Chinese Democracy Movement
0 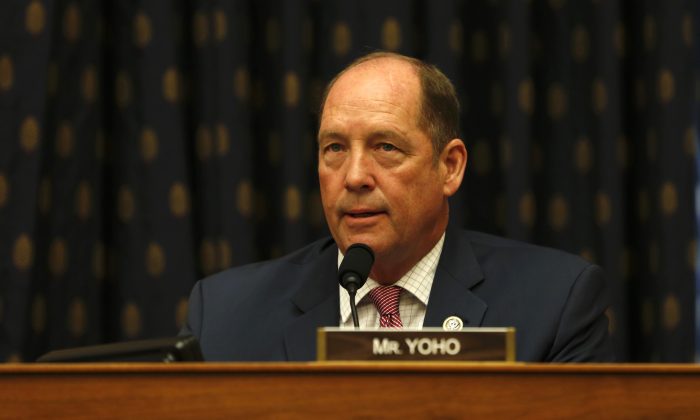 Rep. Ted Yoho (R-Fla.) has introduced a bill that would authorize the United States to use military force if China were to invade Taiwan.

In a news release on July 29, Yoho said the legislation (pdf), named the “Taiwan Invasion Prevention Act,” addresses a number of “aggressive actions” taken by the Chinese communist regime towards Taiwan. It also comes in response to “escalating tensions” caused by Beijing in Hong Kong, the South China Sea, and on the Sino-Indian border.

“Given these provocations, it has become clear that the Chinese Communist Party is rapidly moving to realize its territorial ambitions without regard for international condemnation or backlash,” the release states.

Today, I introduced the Taiwan Invasion Prevention Act to provide strategic clarity in our defense relationship with #Taiwan. This bill sets down a clear red line for #China that the future of Taiwan must be decided by peaceful means.   https://t.co/DeOP43MMDw

The Chinese regime considers Taiwan a part of its territory, despite the self-ruled island having its own political system, military, and economy.

The Chinese Communist Party (CCP) has long threatened to use military force to claim Taiwan as its own. It has also proposed unifying the island with the mainland under a “one country, two systems” framework such as that implemented in Hong Kong—a system now in question since Beijing’s recent imposition of a national security law that rights groups say has violated the former British colony’s autonomy. The framework is firmly opposed by both Taiwan President Tsai Ing-wen’s Democratic Progressive Party (DPP) and the more Beijing-friendly Kuomintang party (KMT).

Among a number of measures, the bill would establish a limited defensive authorization for President Donald Trump to use military force to secure and protect Taiwan against an armed attack from China. It also requires China to renounce the use or threat of military force in its relationship with Taiwan.

Announcement of the legislation comes just days after Taiwan’s foreign minister said China is sending military planes near the island with increasing frequency in what appears to be a stepping up of its threat to use force.

Such flights are more frequent than reported in the media and have become “virtually a daily occurrence,” Taiwan’s Minister of Foreign Affairs Joseph Wu told reporters last week.

Along with Chinese military exercises simulating an attack on Taiwan, the flights by China are a major concern for Taiwan’s government, Wu said.

“What it is doing now is unceasingly preparing to use force to resolve the Taiwan problem,” Wu said.

Wu said China appeared to have grown in confidence following its crackdown on opposition voices in Hong Kong, facilitated by the CCP’s enactment of a sweeping security law.

“The U.S. policy of strategic ambiguity towards Taiwan, initially implemented to avoid provoking Beijing to attack Taiwan and encourage peaceful relations, has clearly failed,” congressman Yoho said in a statement announcing the introduction of the bill.

“The PLA’s [People’s Liberation Army] dramatic military buildup and increased provocations in the Taiwan Strait, along with blatant threats from the CCP, make their intentions toward Taiwan abundantly clear,” he added.

“The United States must act immediately to establish a clear red line over Taiwan that must not be crossed by China. As a vibrant democracy with nearly 24 million people, the U.S. is obligated to stand strong in support of Taiwan and encourage a return to peaceful relations between Taiwan and China.”

#Taiwan is a beacon of freedom, democracy & human rights. @RepTedYoho‘s Taiwan Invasion Prevention Act defends this achievement, & is a vote of #US confidence in the country & the people. We thank the @HouseForeign member for his friendship & support.
➡️https://t.co/uGVyavJbTG https://t.co/s1AdIEKg7r

Taiwan’s foreign ministry welcomed news of the legislation in a statement on Twitter.

“#Taiwan is a beacon of freedom, democracy & human rights. @RepTedYoho‘s Taiwan Invasion Prevention Act defends this achievement, & is a vote of #US confidence in the country & the people. We thank the @HouseForeign member for his friendship & support,” it said.

Cathy He and The Associated Press contributed to this report.