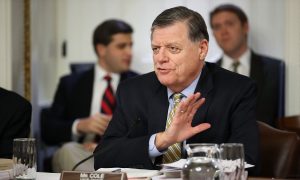 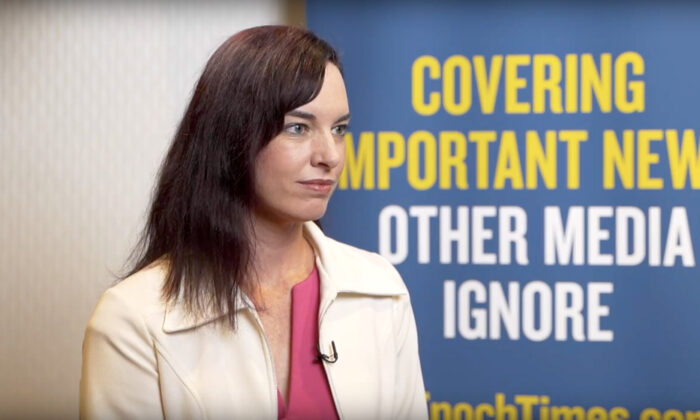 Rep. Tammy Nichols: ‘We Have to Make Sure Our States Keep Their Sovereignty’

U.S. states must take appropriate measures in order to maintain their sovereignty, a Republican in the Idaho House of Representatives told The Epoch Times in an interview last week.

Rep. Tammy Nichols, a Republican from Middleton, said that several states have begun to discuss the notion of leaving the United States and gaining independence after a Texas lawmaker in January introduced a bill that would allow state residents to discuss, debate, and vote on independence from the country.

These discussions have arisen due to concerns over how federal law may impact their states, Nichols told The Epoch Times’ “Crossroads” at the Conservative Political Action Conference (CPAC) in Orlando, Florida.

“I’ve heard of several states that have talked about it because they’re worried about what the feds are going to be doing and how that’s going to impact their state,” Nichols said. “Texas, of course, has an easy out because it’s written into their constitution to be able to secede from the union.”

Rep. Kyle Biedermann, a Texas Republican who filed House Bill 1359 in January—also known as the Texas Independence Referendum Act—has said that the Texas Constitution allows the state to remove itself from the United States.

Specifically, Article 1, Section 2 of the Texas Constitution states: “All political power is inherent in the people, and all free governments are founded on their authority, and instituted for their benefit. The faith of the people of Texas stands pledged to the preservation of a republican form of government, and, subject to this limitation only, they have at all times the inalienable right to alter, reform, or abolish their government in such manner as they may think expedient.”

Biedermann’s bill (pdf) states that voters can choose in a referendum on Nov. 2, 2021, whether the state should leave the United States and “establish an independent republic.” However, even if voters decide to secede, it may not be allowed due to an 1869 ruling by the Supreme Court that says that a state may not secede unless it has the consent of other states, or through revolution.

“I’ve been told by several attorneys that are very well known that if they took that first step, they really believe other states would start following that progression,” Nichols continued.

“It’s definitely something that you have to keep in mind because we don’t what kinds of things might be coming down the pipeline for our states, and if states want to keep their sovereignty they might have to look into that as an option.”

Nichols said that her state is taking measures to push back against federal law to ensure that Idaho citizens won’t be impacted by “whatever happens at the federal level.”

“We’re [Idaho] actually strengthening our gun laws, and we have pretty good gun laws on our books right now. But we’re trying to strengthen those to make sure that whatever happens at the federal level will not impact the citizens of Idaho,” she said.

“If states want to keep their sovereignty, they are going to have to take measures to be able to do that,” Nichols said. “Right now, in our legislature, we have been working on either bills that are in response to what’s going on with COVID, or bills that are for preventative measures for things that might transpire that people are concerned about.”

Nichols added: “So I really see that states are going to have to do that, because regardless of what happens in [Washington] D.C. at the federal level, we have to make sure that our states keep their sovereignty.