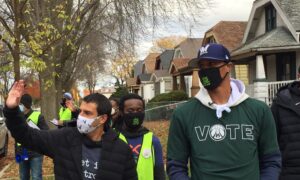 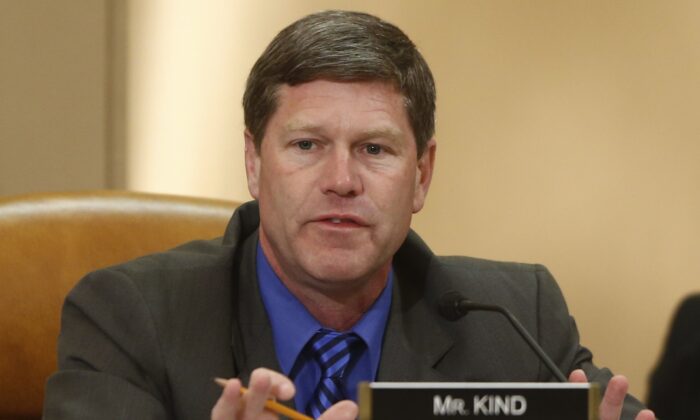 Rep. Ron Kind (D-Wis.) is retiring at the end of his current term, he announced on Aug. 10.

Kind, 58, told reporters in La Crosse, Wisconsin, that he’s “running out of gas.”

“The other sad truth is I’m part of a dying breed in public service today, in Washington, and certainly in Madison, someone who tried to be reasonable, pragmatic, thoughtful, worked hard to try to find common ground with my colleagues, work in a bipartisan way to find bipartisan solutions for the challenges that we face,” he said.

According to political trackers, Kind is among the most moderate members of Congress.

He has represented Wisconsin’s 3rd Congressional District since 1997.

The Wisconsin Democrat narrowly won reelection in 2020, beating Republican Derrick Van Orden by less than 3 percent of the vote, or about 10,000 votes.

Kind is one of a smattering of Democrats who represent districts that voted for President Donald Trump’s reelection in 2020, making the district a key target for Republicans as they seek to flip the House of Representatives in the 2022 midterm elections.

Van Orden, a former Navy SEAL, is running again for the seat.

“I would like to thank Rep. Kind for serving in Washington for the last 24 years, and I wish him the best in his retirement. Today’s announcement is indicative of what I hear every day as I travel the 3rd District: Wisconsinites want a change,” Van Orden said in an emailed statement.

“Our campaign has shown that the people of the 3rd are ready for a proven, tested Leader in Washington who will stand up to Nancy Pelosi’s radical agenda and ensure that our children and grandchildren will live in a safe and prosperous nation. I will continue to work tirelessly to earn every vote, and am standing ready to represent the incredible people of Western Wisconsin.”

Kind is the sixth House member to announce that he will retire at the end of his current term.

Ten additional members are seeking higher office, such as a U.S. Senate seat.

The House is currently composed of 220 Democrats and 212 Republicans, with one member-elect from each party set to be sworn in after recent special elections in Ohio to fill vacant seats.

A single vacancy exists that isn’t set to be filled. That seat belonged to Florida 20th Congressional District. Rep. Alcee Hastings (D-Fla.), who held the seat prior to his death in early April.