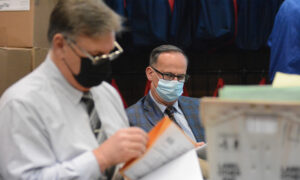 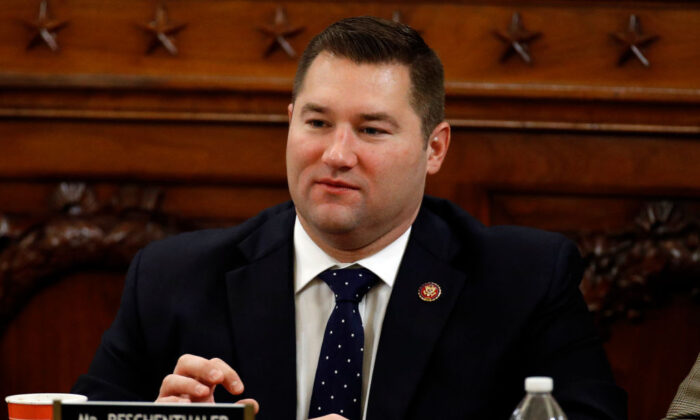 The Pennsylvania congressman made the comments on Tuesday during an interview on Newsmax TV’s “Stinchfield,” where he characterized the state’s move as “somewhat reckless” because President Donald Trump still has a pending lawsuit challenging the Keystone State’s actions during the Nov. 3 election.

“As a lawyer, there is grounds for this lawsuit,” Reschenthale said.

“You had some counties that were controlled by Democrats, Democrat-concentrated areas, that were allowing voters to cure ballots,” he said. “And, in the Republican areas, they were not allowed to cure ballots.”

He also underscored that Pennsylvania’s Supreme Court’s decision to “unilaterally” change election laws could be a violation of the Constitution. That case, cited as Republican Party of Pennsylvania v. Boockvar et al, is currently pending before the U.S. Supreme Court as a petition for a writ of certiorari is being considered.

In that lawsuit, Pennsylvania Republicans are asking the nation’s top court to review a Pennsylvania Supreme Court ruling that requires election officials to accept absentee ballots received up to three days after Nov. 3. Republicans are arguing that the court’s extension violates the Constitution as the decision to extend the deadline belongs to lawmakers, not the courts. Some members of the top court have indicated an interest in taking up the case.

“So, with these pending legal cases, these legal challenges, it may have been premature to do this,” he said.

Pennsylvania announced the certification of the 2020 general election results on Nov. 24.

On Wednesday, a Pennsylvania appellate judge ruled to temporarily block state officials from taking further steps in the certification process until an evidentiary hearing takes place on Friday.

The case at hand—cited as Kelly v. Commonwealth of Pennsylvania—alleged Act 77, a state law that made no-excuse voting by mail legal in the state, violated the state’s constitution.

“Act 77 is another illegal attempt to override the limitations on absentee voting prescribed in the Pennsylvania Constitution, without first following the necessary procedure to amend the constitution to allow for the expansion,” the lawsuit claimed (pdf).

Marc Elias, one of the attorneys leading the Democrats’ post-election legal battles, responded to the lawsuit, describing it as frivolous.

The Commonwealth of Pennsylvania, Gov. Tom Wolf, and Secretary of State Kathy Boockvar filed a notice to appeal (pdf) to the Pennsylvania Supreme Court shortly after the Wednesday ruling was issued.

Meanwhile, a separate case is making its way through the federal judicial system. A federal judge on Nov. 21 dismissed a lawsuit by the Trump campaign seeking an injunction that blocks the Keystone State from certifying the results of the 2020 General Election.

The campaign subsequently appealed the decision to the 3rd Circuit Court, which granted an expedited review of the case.