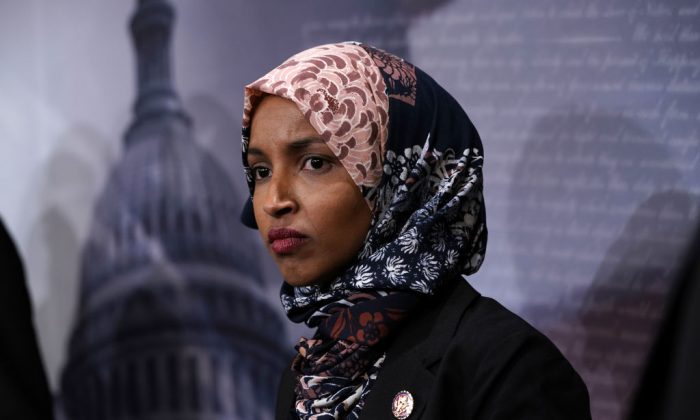 Democratic Minnesota Rep. Ilhan Omar apologized to a group of Jewish organizations in a phone call on Feb. 21 night after she received criticism for a tweet that many considered to be anti-Semitic, last week.

“Let me reiterate my sincere apology for any actual hurt my words have caused,” Omar said during the call, according to The Times of Israel. “I know there are a lot of people who in the last weeks have expressed support in trying to say this isn’t anti-Semitic or this shouldn’t be looked at in that way.”

Omar also reportedly said that the call was “for you all to directly hear from me how I feel about my actions and for us to start the process of not only healing but building a relationship and getting to the process of politicking on our viewpoints on this.”

The call reportedly included Jewish groups like the Anti-Defamation League, the Jewish Democratic Council of America, the refugee resettlement agency HIAS, Americans for Peace Now and Bend the Arc.

Both Democrats and Republicans condemned Omar’s comment. President Donald Trump called for her to resign or at least be removed from the Foreign Affairs Committee. Speaker Pelosi also issued a condemnation of the tweet, but did not call for any repercussions. The Minnesota congresswoman issued an apology on Twitter soon thereafter.

“Anti-Semitism is real, and I am grateful for Jewish allies and colleagues who are educating me on the painful history of anti-Semitic tropes. My intention is never to offend my constituents or Jewish Americans as a whole,” her statement read in part.

Omar has developed a track record for tweets about Israel that have received backlash. She previously tweeted that Israel has “hypnotized the world,” before later apologizing and has accused Israel of not being a democracy. It was also reported Thursday that she traveled to Honduras with a pro-communist, anti-American peace group, back in 2017.

The congresswoman’s office confirmed that the conversation took place, but declined to comment further.