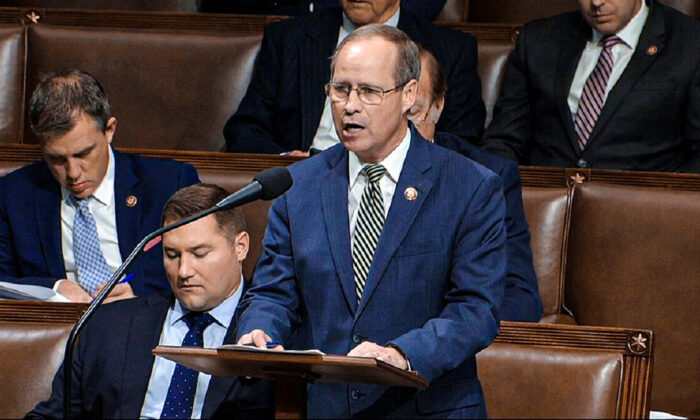 Further assessment of the impact of COVID-19 lockdowns must be conducted, said Rep. Greg Murphy (R-N.C.), a practicing physician, because initial data show that there were many unintended deaths from isolating people at home.

“We know a lot more people have died in relation to what our actions were during the pandemic, than maybe perhaps even the pandemic itself,” Murphy told NTD’s “Capitol Report” on Feb. 4.

He also said that keeping people from going to their houses of worship, schools, and family celebrations resulted in increased isolation and depression.

“And so, it’s really taken away not only years of education, but years of socialization. You have seen subsequent results from that …  100,000 people died from overdose deaths.”

A study from the National Commission on COVID-19 and Criminal Justice last year found that domestic violence incidents increased 8.1 percent in the United States after lockdowns were implemented.

Over 90 percent of U.S. teachers said that their students have experienced “some” to “significant” loss in learning during the pandemic, according to a 2021 Horace Mann study.

A Johns Hopkins University study (pdf) found that lockdowns did not on any significant level help stop deaths from COVID-19.

“These costs to society must be compared to the benefits of lockdowns, which our meta-analysis has shown are marginal at best,” the researchers wrote.

The Republican Doctor’s Caucus, of which Murphy is a member, wrote to National Institutes of Health (NIH) Acting Director Lawrence Tabak in January, asking him to further assess the impact of lockdowns and closures of schools on Americans’ health.

“This is where I wrote an NIH letter to ask this to be studied; years of life lost; what have we done to the other populations because of the lockdowns,” Murphy said.

Host Steve Lance asked the congressman about the continued mandates in the nation’s Capitol, where masks and vaccinations are still required to enter Washington, D.C. businesses.

“I think sadly enough, it’s become entirely political. It’s not relating to science and some of the thought leaders supposedly at this nation’s front history, I’ll speak to Dr. Fauci and Dr. Walensky specifically, I think have gotten way off of the medical science,” Murphy said, referring to National Institute of Allergy and Infectious Diseases Director Dr. Anthony Fauci, and Centers for Disease Control and Prevention Director Dr. Rochelle Walensky.

The Epoch Times reached out to both Fauci’s and Walensky’s offices for comment.