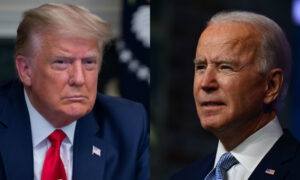 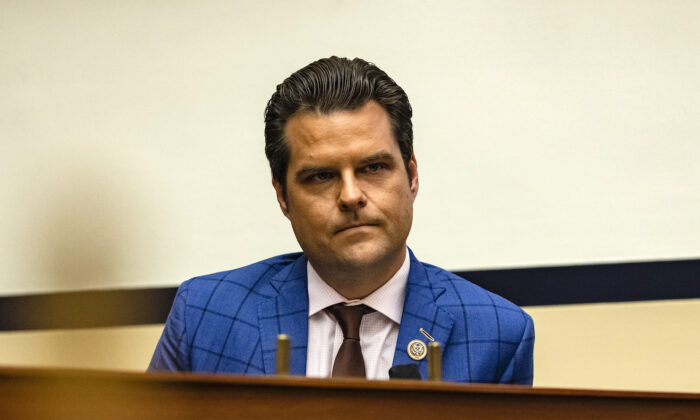 Rep. Matt Gaetz (R-Fla.) said on Dec. 19 that he plans to challenge electoral votes when they are counted during a joint session of Congress on Jan. 6.

“On January 6, I’m joining with the fighters in the Congress, and we are going to object to electors from states that didn’t run clean elections,” Gaetz told a crowd during the first day of Turning Point USA’s Student Action Summit, held in West Palm Beach, Florida.

Republicans in Congress are considering whether to join the effort to challenge the 2020 general election results. Rep. Mo Brooks (R-Ala.) initiated the push when he announced his intention to object to the electoral votes come January, while several other Republican lawmakers from both chambers have remained open to participating in the effort.

Objections during the joint session must be made in writing by at least one House member and one senator. If the objection meets the requirements, the joint session pauses and each house withdraws to its own chamber to debate the question for a maximum of two hours. The House and the Senate will then vote separately to accept or reject the objection, which requires a majority vote from both chambers.

If one chamber accepts and the other rejects, then according to federal law “the votes of the electors whose appointment shall have been certified by the executive of the State, under the seal thereof, shall be counted.”

Several Republican senators haven’t ruled out the possibility of objecting but have said that they would first monitor the developments regarding claims of voter fraud. Meanwhile, Sen.-elect Tommy Tuberville (R.-Ala) has previously suggested that he may join the planned objection by members of the House of Representatives.

Gaetz, during his speech at the summit, said that moments before the event he had spoken to Tuberville, who told him that he plans on joining the effort.

“I had a chance to speak to coach Tuberville just moments ago, and he says we are done running plays from the establishment’s losing playbook and it’s time to fight,” Gaetz said.

“Now coach Tubervillve went for it a lot on fourth down when he was coaching at Auburn. They called him the Mississippi riverboat gambler. The odds may be tough, it may be fourth and long but we’re going for it on January 6.”

The lawmakers are expected to face an uphill battle, with critics arguing that the strategy of adopting the alternative Republican electoral votes is a long shot, as many of those votes haven’t been authorized by state officials.

“Under the law, both the House and Senate would need to agree to object to the real electors and accept the fake electors,” Rep. Ted Lieu (D-Calif.) wrote on Twitter. “There is 0.00 chance the House reverses the election.”

On Dec. 14, Republican electors in seven states cast alternate votes for President Donald Trump, setting up a new challenge for Congress when it counts the votes next month. However, critics say that the Republican votes are merely symbolic and don’t have the force of the law.

The Republicans said their rationale for sending dueling electors to Congress was to preserve Trump’s legal claim in the election as his team pursues legal challenges over the counting of what they say are illegal votes.

Trump and his allies have been building a case in the courts to ensure that all concerns about voting irregularities and alleged unconstitutional actions passed by state and election officials in the 2020 election are investigated, with the aim of securing confidence in the election outcome.

His campaign and various third parties have launched a slew of lawsuits seeking to invalidate a portion of the ballots they say were cast under fraudulent circumstances or in contravention of state election laws or the U.S. Constitution.

Many of these cases have been tossed out by judges for procedural reasons, such as lack of standing to bring a case; lack of jurisdiction to sue; mootness, where there is no longer a controversy between the parties; and laches, where a judge ruled there was a lack of diligence in bringing a claim. Other judges weren’t convinced by the allegations presented.