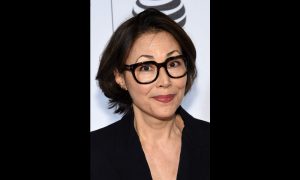 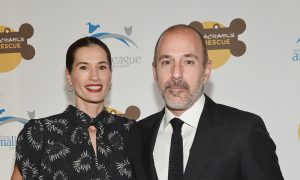 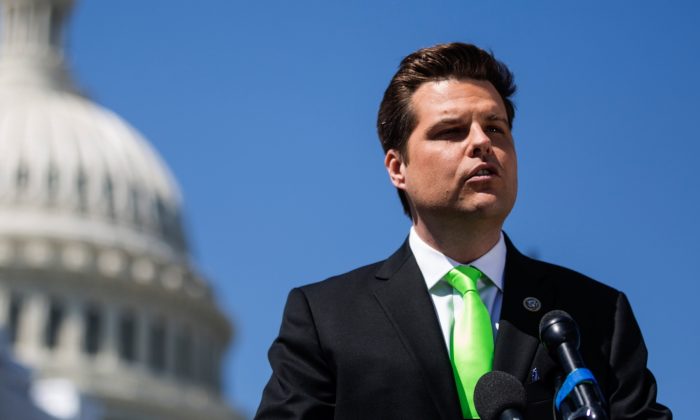 Rep. Matt Gaetz (R-Fla.) tested negative for the COVID-19 coronavirus on Tuesday, according to an update from his office.

“I’ve just been informed that my COVID-19 lab result was negative. In an abundance of caution, I will remain under self-quarantine at the advice of medical professionals through Thursday at 2 p.m. I continue to feel fine and show no symptoms,” Gaetz wrote on social media.

The Florida lawmaker, who drew headlines last week for wearing a gas mask in Congress, announced this week that he would self-quarantine after he interacted with a person who was confirmed to have tested positive for COVID-19 during a conservative conference.

Gaetz added in a Twitter post that he is appreciative of the people around the United States who are working to fight the outbreak.

Other members of Congress, including Reps. Doug Collins (R-Ga.) and Paul Gosar (R-Ariz.), as well as Sen. Ted Cruz (R-Texas) have self-quarantined after attending the Conservative Political Action Conference (CPAC) in Maryland late in February. They also interacted with the coronavirus patient, who CPAC’s organizers said has been quarantined inside a New Jersey hospital.

But officials said that Gaetz rode on Air Force One with President Donald Trump and spent the weekend at the president’s Mar-a-Lago property, according to reports.

I’ve just been informed that my COVID-19 lab result was negative.

In an abundance of caution, I will remain under self-quarantine at the advice of medical professionals through Thursday at 2pm. I continue to feel fine and show no symptoms.

Rep. Mark Meadows (R-N.C.), tapped to become Trump’s acting chief of staff, announced he would self-quarantine after interacting with the CPAC attendee.

“Out of an abundance of caution, Meadows received testing which came back negative,” his office said in statement on Tuesday. “While he’s experiencing zero symptoms, under doctors’ standard precautionary recommendations, he’ll remain at home until the 14 day period expires this Wednesday.”

Other than the CPAC attendees, Rep. Julia Brownley (D-Calif.) said she would self-quarantine starting Monday after she met with a person last week who tested positive for the new virus.

“I have decided to close our DC office for the week,” the congresswoman said in a statement, adding, “My staff and I are working remotely.”

“Out of an abundance of absolute caution, my DC staff and I are self-monitoring and maintaining social distancing practices. Neither I, nor my staff, are experiencing any symptoms at this time,” Brownley said.

The rash of new cases has prompted two congressmen to introduce legislation this week that would enable lawmakers to work from home amid the outbreak. Reps. Eric Swalwell (D-Calif.) and Rick Crawford (R-Ark.) announced Monday they would reintroducing the Members Operating to Be Innovative and Link Everyone (MOBILE) Resolution, according to Axios.