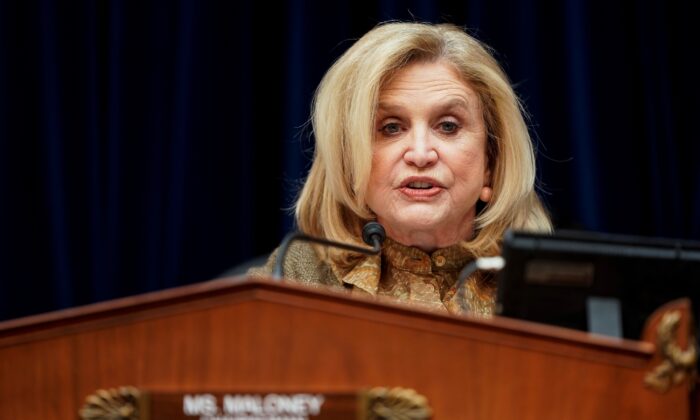 One of the bills, according to The Hill, is the Handgun Trigger Act, which aims to encourage the development of “smart-gun technology,” which would only allow authorized gun owners to fire the weapon.

Another bill, the Gun Trafficking Prevention Act, seeks to make the purchasing of a gun for an unauthorized person a felony instead of a misdemeanor.

The other two bills that the New York Democrat is proposing are the Gunshow Loop Hole Act, which orders gun show sellers to perform background checks when selling a firearm, and the NICS Review Act, which aims at having the FBI hold on to records of the National Instant Criminal Background Check System (NICS) for three months in order to allow the Bureau of Alcohol, Tobacco, Firearms and Explosives evaluate the data.

Maloney was optimistic her legislative package, which would need at a minimum 10 Republican votes, would pass the Senate.

“We’re particularly positioned well to pass these bills that have been around a long time, and that the American people … overwhelmingly support,” she said. “So we have a very good opportunity.”

Maloney didn’t immediately respond to a request by The Epoch Times for comment.

According to the NCIS, a record 4.3 million firearm background checks were initiated in January. That’s 300,000 more than in December 2020. Three of the top 10 highest weeks are from this month alone.

“That’s undoubtedly connected to President Joe Biden’s plans to attack the firearm industry by undoing and rewriting regulations and executive actions to target the firearm industry,” Mark Olivia, the director of public affairs at the National Shooting Sports Foundation, said in a statement.

“These are jaw-dropping figures to start the New Year. Americans are claiming their Second Amendment rights to provide for their own safety in record numbers,” Olivia said. “The 79 percent year-over-year increase, however, was NOT unprecedented—an even higher increase, of just over 100 percent, was experienced in January 2013, the month Mr. Obama’s second presidential term began.”