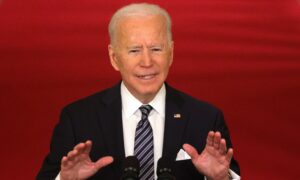 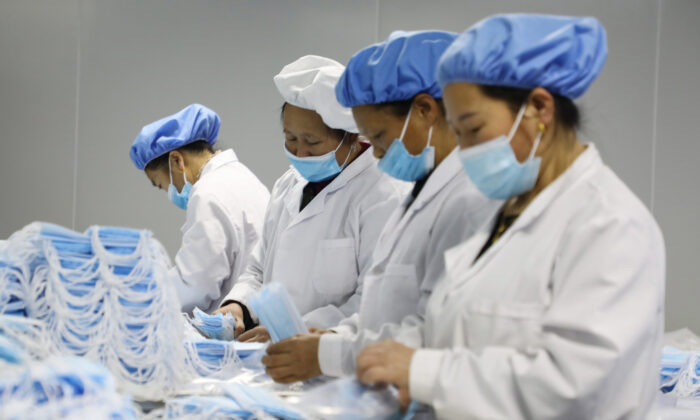 Reliance on China for products to protect American citizens poses a risk to U.S. national security, Lynch said at a press conference in Boston on March 30.

“We’ve got China hacking federal agencies, hacking our military, and hacking our domestic companies. We’ve had theft of intellectual property,” said Lynch. “We shouldn’t put our future and our safety in the hands of a government that’s been hostile to the interests of the United States.”

The American Rescue Plan, a $1.9 trillion relief package, is providing billions of dollars to U.S. states, cities, and government agencies to purchase masks and other personal protective products. However, U.S. companies that supply PPE are still sourcing them from China, Lynch said.

Lynch is asking the organizations that were given federal funds to buy PPE made in the United States to support businesses at home.

“There are companies across America that are trying to provide personal protective products for American citizens,” said Lynch. “But that can’t happen if people continue to buy those products from China.”

Certain masks from China “may not provide consistent and adequate respiratory protection to health care personnel exposed to COVID-19,” the FDA said in a letter to health care providers.

China’s medical protective equipment has been rejected by a number of European countries due to its poor quality. Meanwhile, shoddy Chinese-made PPE has also been seized in Australia and India. Last year, China confiscated 89 million of its own face masks after worldwide complaints of their substandard quality.