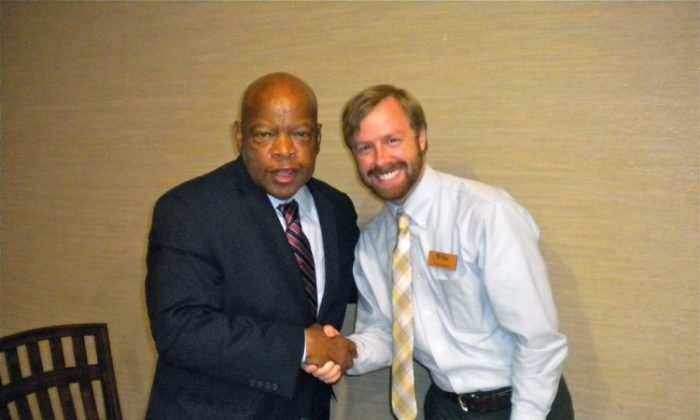 Longtime Rep. John Lewis was hospitalized after falling ill on a plane.

The 78-year-old Democrat from Georgia was sent to the hospital for “routine observation,” according to spokesperson Brenda Jones, as reported by Fox5 Atlanta. “There is no cause for alarm,” Jones said. “He will be fine. He’s resting comfortably and expects to be released tomorrow.”

Lewis expects to be released from the hospital Sunday, the statement said.

He was slated to attend an event on Saturday evening, but didn’t go.

Lewis is credited with playing a key role in the civil rights movement and had marched with the Rev. Martin Luther King Jr. in 1965 in Selma, Alabama.

Lewis was first elected to Congress in 1986. He’s represented a district that includes Atlanta.