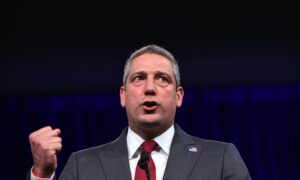 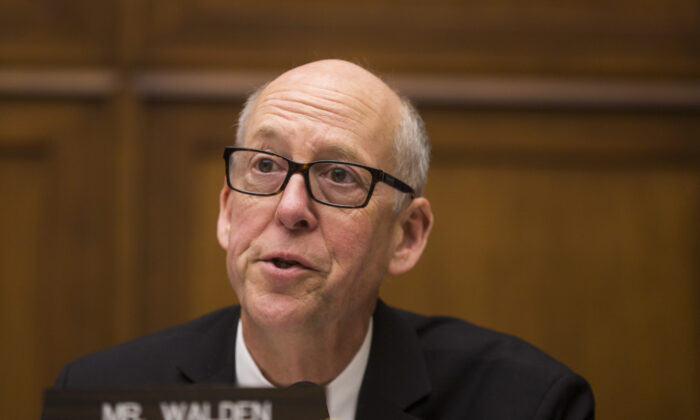 House Energy and Commerce Ranking Member Greg Walden (R-Ore.) speaks during a hearing in Washington on April 2, 2019. Walden is retiring after the current term, he said on Oct. 28, 2019. (Zach Gibson/Getty Images)
2020 Election

Another Republican congressman has announced that he won’t seek re-election in 2020. Rep. Greg Walden (R-Ore.), said on Oct. 28 that he will retire after serving 11 terms.

Walden, 62, is the only Republican in Congress representing Oregon.

“At the end of this term, I will have devoted 30 years to the important calling of public service; of helping bring people together to solve problems and leave our communities, our beautiful state, and our great nation better off for the next generation,” Walden said in a video statement his office released on Monday.

“Together we’ve worked to find solutions to the opioid crisis, improve forest health, and increase access to high speed broadband. My team and I have helped thousands of Oregonians get the Social Security, Medicare, and veterans’ benefits they earned and deserved. I fought to save the fire-fighting tanker base in Medford, the VA facility in White City, and I’ve stood up for the ranching and farming way of life that is eastern Oregon.”

Walden said recent polling and his strong fundraising numbers suggest he could win another term in office but decided “to pursue new challenges and opportunities.”

“So, I will not seek re-election to the U.S. House of Representatives, nor election to any other office, but instead I will close the public service chapter of my life, thankful for the friends I’ve made and the successful work we’ve done together,” he said.

“It’s been an honor and privilege to represent the people of Oregon’s 2nd District in the U.S. House. Know that I will continue to work hard on their behalf as long as I’m in office. Thank you.”

The district is predicted to remain Republican and Walden said he is optimistic that the GOP will take back the House in 2020. Walden was the chair of the National Republican Congressional Committee (NRCC) for 2014 and 2016. The GOP held the majority in those years.

“I spoke to Greg and he assured me that he will remain heavily engaged in ensuring this seat remains in Republican hands,” NRCC Chairman Tom Emmer said in a statement, calling Walden “a class act and political juggernaut.”

The list of Republican representatives not running for re-election is now up to 19, compared to seven Democrats.

In the Senate, three Republicans are not running for re-election, compared to one Democrat.