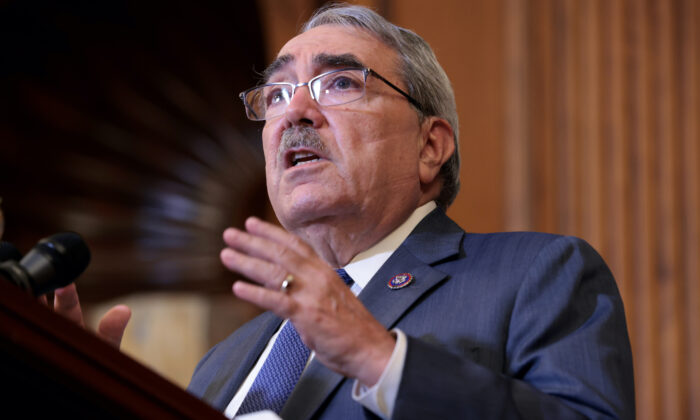 Rep. G. K. Butterfield (D-N.C.) announced his retirement Thursday morning, adding another blow to Democrats’ efforts to maintain their majority in the House in the 2022 midterm elections.

Butterfield, 74, has served Congress for 18 years. He was the former chair of the Congressional Black Caucus from 2015 to 2017. Currently, he’s the Chair of the Subcommittee on Elections.

Butterfield criticized the new congressional district map drawn by the GOP-led state legislature before he declared his retirement in a video announcement.

“The map that was recently enacted by the legislature is a partisan map. It’s racially gerrymandered,” Butterfield said. “It will disadvantage African American communities all across the first congressional district.”

North Carolina won a new district according to the 2020 census. On Nov. 4, the state General Assembly approved the new redistricting map.

“While I am hopeful that the courts will ultimately overturn this partisan map and see that a fair map is enacted, I have made the difficult decision that I will not seek reelection to the United States House of Representatives,” Butterfield continued, saying it’s time for him to retire.

“When we look at race, we were told we shouldn’t have, and those maps were struck down,” Republican state senator Paul Newton said in a recent interview. “Now that we’re not looking at race, the Democrat Party is telling us, ‘Oh, you should be looking at race.’”

Newton co-chairs North Carolina’s redistricting committee. The GOP prohibited the use of election or racial data for drawing boundaries this time because, previously, a state court struck down district lines drawn by Republicans for that reason.

Possible Democratic candidates to replace Butterfield include Erica Smith and state senator Don Davis, the Associated Press reported. Smith is a former state senator who made an unsuccessful 2020 bid for U.S. Senate. Davis has signaled his interest in the seat, saying he would share his plan “in due time.”

In a statement, House Speaker Nancy Pelosi called Butterfield “an esteemed and effective leader” and “a lifelong advocate for civil rights.” Butterfield has supported Obamacare, expanding voting rights, and the Black Lives Matter movement during his tenure.

Butterfield is the 15th House Democrat not seeking reelection in 2022.

Currently, there’re 221 Democrats, 213 Republicans in the U.S. House of Representatives. One Democratic Congressman passed away in April and left a vacancy. The Republicans could control the House with only five net gains.