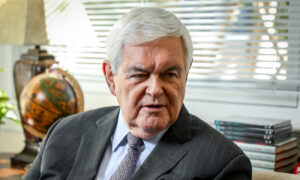 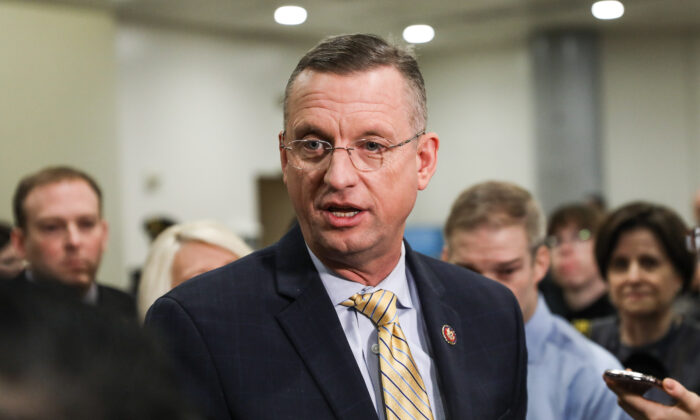 Congressman Doug Collins (R-Ga.) made an appeal to Republican voters to put aside their concern about recent claims of voter fraud and step forward to vote in the Georgia Senate runoff election on Jan. 5.

Collins, who has been heading up President Donald Trump’s recount effort in Georgia since the Nov. 3 election, said all Georgia voters should be concerned about the Democrat’s “backwards trail” to undo the last four years and come out to vote so the U.S. Senate does not come under Democrat control.

Senate Minority Leader Chuck Schumer (D-N.Y.) has said he would be open to making some significant changes to both how the Senate votes and the number of justices on the Supreme Court if he is re-elected majority leader after the runoffs.

“Down here in Georgia, for people across the country, they need to know that these two Senate seats hold the key to Chuck Schumer not becoming the majority leader in the United States Senate,” Collins said Sunday in a radio interview with WABC 770.

“And we’ve got to do everything we can so we don’t see the backward trail of undoing that Chuck Schumer and Nancy Pelosi would want to do to what’s happened in the last four years,” he added.

Collins and his fellow Republicans have sparred with Schumer and House Speaker Nancy Pelosi (D-Calif.) over confirming then-Judge Amy Coney Barrett to the Supreme Court, the most recent Chinese Communist Party virus relief package, and repealing the Affordable Care Act.

Democrats have already secured a slimmer majority in the House, leaving Republicans doing their best to secure a majority in the Senate. Collins and many other GOP senators are helping the two Republican senators campaign in Georgia, appealing to as many voters as possible before the January deadline.

The GOP is also trying to appeal directly to Trump voters, to get them to come out and support the two incumbent GOP Sens. Kelly Loeffler and David Perdue. In one such key strategy, Donald Trump Jr. has been addressing Georgia voters directly and urging them to come out and vote in the runoffs.

Loeffler and Perdue are up against Democratic candidates Rev. Raphael Warnock and Jon Ossoff, respectively. If Warnock and Ossoff win, the Senate would be split 50-50, with the vice president to be the tie-breaking vote.

Trump has claimed there was rampant fraud in Georgia and other battleground states. His legal team has filed a series of lawsuits to address the irregularities and claims of voter fraud.