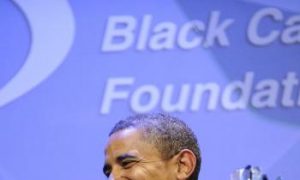 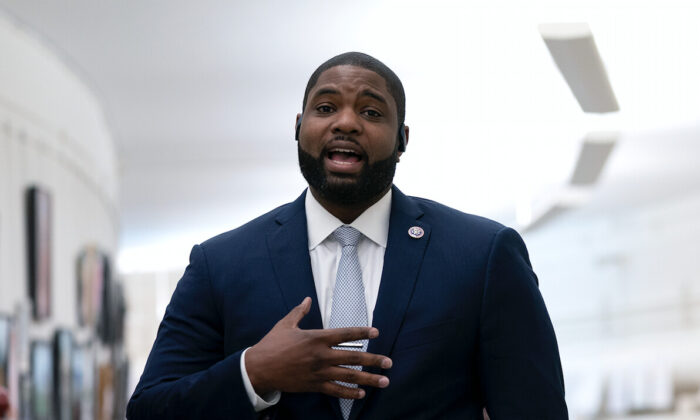 In the wake of Jan. 6, some Democrats have refused to work with Republicans on any legislation, especially if they voted against accepting the election results. In a demonstration of the level of disdain some Democrats have for Republicans on Capitol Hill, the Congressional Black Caucus (CBC) has refused membership to Rep. Byron Donalds (R-Fla.), who was one of the Florida Representatives who voted against the certification of electoral votes for Joe Biden.

“I’ve got to tell you, it’s kind of comical,” Donalds told The Epoch Times. “We’re all adults, we’re all members of Congress. In some respects, you could argue we get paid to speak. We stoop to cameras and reporters all the time. But we can’t talk to another member? I find that to be interesting.”

As a freshman congressman, Donalds said it’s disturbing to see how members won’t talk to each other, saying Democrats have become “very petty” since the events that transpired on Jan. 6.

“It’s easy to try to play political games to try to keep power and use these things to make it intolerable to have different opinions,” Donalds surmised. “I think that’s really what’s happened up here. It’s just intolerable to have different opinions. It used to be tolerable. Now it’s intolerable. How can our nation stand if we can’t even talk to each other in the hallways? That’s not going to work.”

To date, there have only been three Republican CBC members: Rep. Gary Franks (R-Conn.), and former Reps. Allen West (R-Fla.) and Mia Love (R-Utah). In 2010, Rep. Tim Scott (R-S.C.) declined the CBC’s invitation to become a member, saying his “campaign was never about race,” and the ideals of a unified America cannot be advanced “by focusing on one group of people.”

While The Epoch Times reached out to multiple members of the CBC, the office of only one—Delegate Eleanor Holmes Norton (D-D.C.)—indicated she would get back in touch for a phone interview. However, even after several follow-up messages, that call never transpired.

Thus far, members of the CBC have also refused to speak to Donalds.

However, this isn’t the first time Democrats have refused to allow a Republican membership into a caucus.

“When I applied to join the Congressional Hispanic Caucus (CHC), there were members who supported my application but the majority did not,” former Rep. Carlos Curbelo (R-Fla.) told The Epoch Times.

In 2017, the CHC voted against allowing Curbelo to join their ranks on the grounds they believed the positions held by the Cuban-American lawmaker were inconsistent with their values. Curbelo slammed the decision on Twitter, calling it a “pathetic attempt” by the Caucus to “justify discrimination, bigotry, and intolerance against a fellow Hispanic.”

“It seems Congressman Donalds has had the same experience and it’s regrettable that some congressional Democrats believe in segregating people based on their views and rejecting any kind of diversity of thought,” Curbelo added. “There’s no need for or interest in having any dialogue that will challenge their views. It’s a reflection of how dysfunctional Congress is and how it’s contributing to the division and distrust that exists in the country.”

Asked what message this sends to the American people ahead of the 2022 election cycle, Curbelo said the message is clear: “If you’re not a Democrat, you don’t count.”

‘Hypocrisy is the Message’

“I think hypocrisy is the message,” Rep. Neal Dunn (R-Fla.) told The Epoch Times. “If they would just say this is the Congressional Democrat Black Caucus, I could understand that. They’re pretending to be inclusive when they clearly are not.”

“Virtually everybody in America would be disappointed and anyone who honestly looks at this would have to say you are not what you say you are. You’re the Democrat Black Caucus,” Dunn reiterated. “I think the American people are generally fed up with hypocrisy and, if they identify this as hypocrisy, which I think would be fair, they can expect to have some blowback on this.”

“There’s no mystery that Washington is embroiled in a bitterly partisan divide,” Dunn noted. “They don’t really want additional ideas. They just want their homogenous ideas.”

Still, while Donalds admitted he doesn’t see the political disconnect ending any time soon, he insisted “the gridlock” doesn’t bother him.

“Gridlock is the wrong thing to be concerned about,” Donalds said. “I think intolerance is the thing that bothers me. Intolerance, an inability or unwillingness to actually debate, to compromise, to communicate.”

“We need more people like Byron Donalds in Congress because he is interested in solving problems,” Rubio told The Epoch Times. “It isn’t about clubs or popularity contests. It is about getting things done.”

“The Democrats are in complete control so if there’s no conversations about public policies and what the Republican ideas are, that comes from the majority party because they choose not to have these conversations,” Donalds explained. “So, if that’s what they chose to do, Republicans have no control over that because we don’t chair any committees, we don’t have the speaker’s office, and they also control the Senate and White House.”

“As much as the left tries to deride President Trump at every turn, President Trump actually engaged Democrat leadership on a lot of issues,” Donalds added. “Now there is no dialogue at all.”