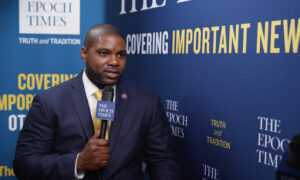 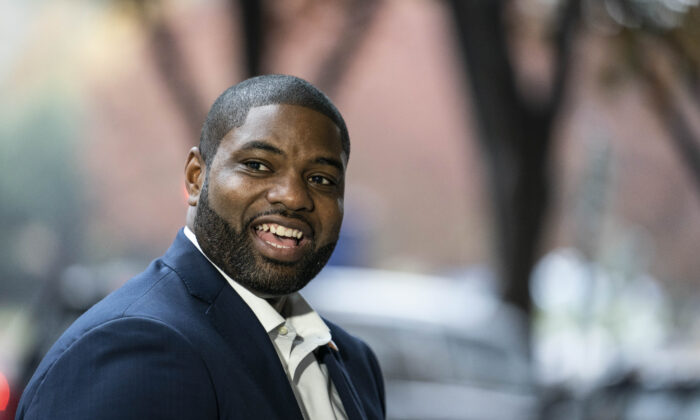 Rep. Byron Donalds: ‘I’m Not Getting Vaccinated Because I Don’t Want To’

Rep. Byron Donalds (R-Fla.) says the Biden administration shouldn’t pressure people to get vaccinated against COVID-19, and he won’t get the vaccine because it’s his own decision as a “free-thinking human being.”

“Listen, I’m 42 years old. I had COVID-19. I’m not getting vaccinated, because I don’t want to,” Donalds told “Fox and Friends” on July 18. “That is my own decision as a free-thinking human being. I don’t want to do it. I don’t want the shot. You have millions of Americans who are like that. Leave us alone.”

Donalds criticized the Biden administration for exerting too much pressure to get people vaccinated.

“Stop pressuring everybody. Stop throwing it in people’s faces,” he said. “If you want people to get vaccinated at a higher rate, just provide the information, step back and let adults manage their own lives. This is a free country. People are going to do what they want to do.”

President Joe Biden announced earlier this month that the federal government would start door-to-door outreach in targeted communities to boost COVID-19 vaccination rates, following the failure to meet its self-imposed goal to get 70 percent of American adults vaccinated by July 4.

“This is a real problem for [the administration] because they could have just stopped and said, we recommend people to get vaccinated, please go get this the vaccine, there are plenty, they’re available. But they’ve gone way past that,” the first-term Florida congressman said. “They’re now putting pressure on social media companies to censor speech in our country. That is not the job of the president of the United States.”

The Biden administration has called on social media companies to crack down on so-called COVID-19 misinformation, claiming it “poses an imminent and insidious threat to our nation’s health.”

Republicans and conservatives have criticized the move, as it shows that the federal government is collaborating with Big Tech to suppress Americans’ freedom of speech.

Sen. Ron Johnson (R-Wis.), who was infected with COVID-19 last year, told The Epoch Times in May that he isn’t getting a COVID-19 vaccine because he still has high levels of antibodies against the disease.

Sen. Rand Paul (R-Ky.), an ophthalmologist, also indicated in May that he wouldn’t get vaccinated because he had already contracted the virus and has natural immunity.

Rep. Thomas Massie (R-Ky.) told reporters at a news conference on the “Fire Fauci Act” last month that he won’t get vaccinated until there’s evidence that “shows that it will improve upon the immunity that’s been conferred to me as a result of a natural infection that I had.”