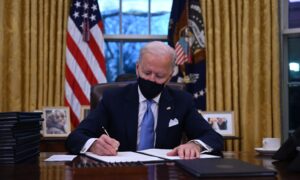 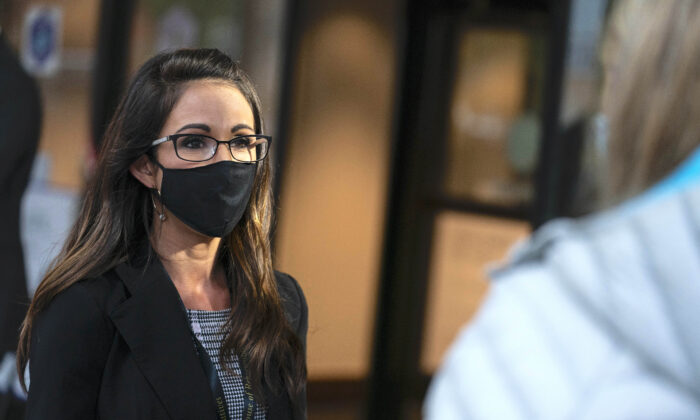 Rep. Boebert Introduces House Bill to Stop US Funding of WHO

Rep. Lauren Boebert (R-Colo.) has introduced new legislation aimed at preventing U.S. taxpayers’ money from being funneled to the World Health Organization (WHO).

The bill (H.R.374), named the World Health Organization Accountability Act, would prohibit U.S. federal funds from being appropriated or made available to the WHO or any WHO activities, until the Secretary of State and the Secretary of Health and Human Services jointly submit a report to Congress.

The report would describe how China and the WHO have “contributed to the emergence of the COVID-19 global pandemic” prior to March 11, 2020, according to the language of the bill.

For years, the United States has been the largest contributor to the WHO. According to State Department statistics, U.S. contributions exceeded $400 million, while China provided $44 million, in 2019.

Boebert said in a statement: “The WHO is China-centric and panders to Beijing at every turn. There is no reason U.S. taxpayers should contribute more than $400 million annually to an organization that covered for China and failed to contain the spread of the COVID-19 pandemic.”

On Jan. 20, President Joe Biden signed an executive order halting the United States’ withdrawal from the WHO. The decision to pull out of the WHO was made by former President Donald Trump last year, over the health body’s poor handling of the pandemic caused by the CCP (Chinese Communist Party) virus, commonly known as the novel coronavirus.

Biden’s decision to rejoin the WHO has since received mixed responses from Congress.

China’s initial coverup of the virus outbreak has been well-documented. The regime silenced eight doctors, among them ophthalmologist Li Wenliang, after they tried to warn the public of a new form of pneumonia spreading in Wuhan city.

The WHO initially parroted Beijing’s claim that the virus was not contagious, dismissing an email warning from Taiwan.

A scientific paper published last year concluded that Beijing concealed the virus’s transmissibility for at least three weeks before publicly acknowledging that the virus was contagious on Jan. 20.

Recently, an independent panel released an interim report, criticizing Beijing and WHO for their delayed responses to the COVID-19 outbreak in China.

Boebert said the Chinese regime and WHO should not be let “off the hook” and must be held accountable. “Joe Biden failed to do either of those things and his edict yesterday only emboldens Beijing. Rejoining the WHO without ensuring accountability for the American people is the wrong move,” she said.