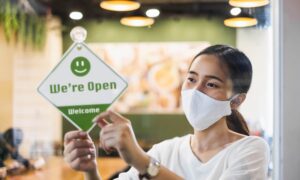 As States Reopen, Tensions Flare Between the Rule Followers and Rule Breakers
0 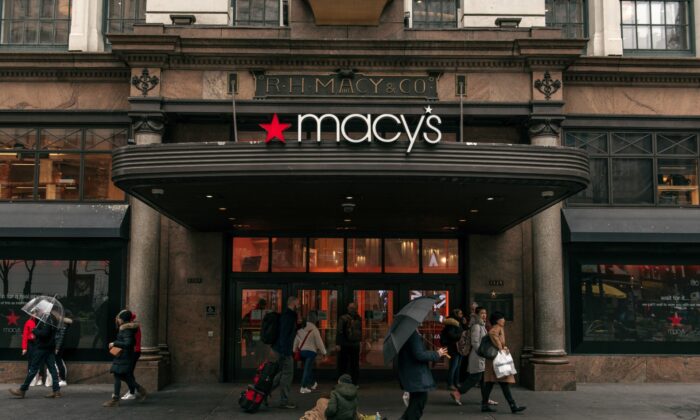 People walk by the entrance to the Macy's flagship store on 34th Street in Midtown Manhattan in New York City, on Feb. 25, 2020. (Scott Heins/Getty Images)
Companies

Perhaps there’s some light at the end of the tunnel for battered retailers: Macy’s just revealed that its first quarter won’t be quite as dismal as expected.

The department store previously forecast up to a $1.1 billion operating loss in its first quarter. But, as stores reopen—450 at last count—customers are returning in much larger numbers than Macy’s had believed possible. Macy’s now expects an operating loss of “only” $969 million between February and May, Macy’s said in a release on June 9.

“Our strong digital business sales trend continued throughout May, and it is encouraging to see that as we reopen a store, the digital business in that geography continues to be strong,” Macy’s CEO Jeff Gennette said in the release. He also said that the reopened stores are “performing better than anticipated.”

Macy’s will release its complete results for the first quarter on July 1.

The reversal is a sharp contrast from early March when the CCP (Chinese Communist Party) virus forced the retailer to temporarily close all of its 775 stores in the United States and furlough a majority of its 125,000 employees.

That’s when it painted a bleak picture of its financial outlook, because it said that it lost a “majority” of sales because of the brick-and-mortar closures and has implemented other changes to bolster its bottom line, including drawing down its credit line and freezing hiring and spending.

Still, the first quarter will be dismal compared to the same quarter a year ago. Macy’s expects sales to fall 45 percent to $3 billion and it’s expecting a quarterly net loss of $652 million. It raked in a $136 million quarterly net gain for the same time period in 2019.

Macy’s said late Monday that it has taken on $4.5 billion in new financing. That gives it “sufficient liquidity to address the needs of the business, including funding operations and the purchase of new inventory for upcoming merchandising seasons.”

Reopened Macy’s stores look a little different from their pre-pandemic versions. It’s limiting the number of customers allowed inside and installing social distancing signs and markers. Customers are also required to use hand sanitizer before trying on jewelry or watches.