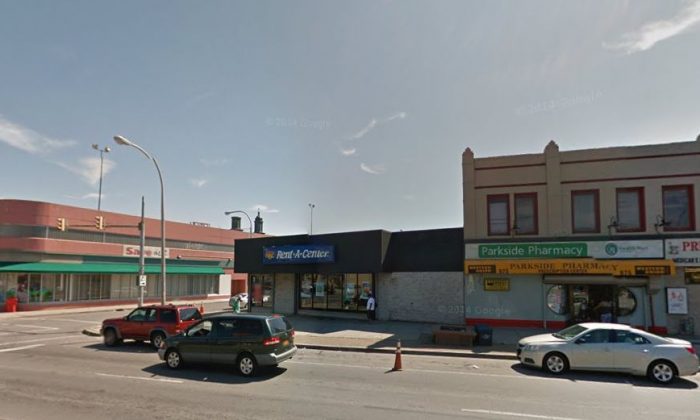 A Rent-A-Center employee found a toddler in an apartment living with his dead mother. The child apparently survived on milk and maple syrup for two days after she died.

Police say a Rent-A-Center employee saved a toddler who spent at least two days after his mother died suddenly https://t.co/EochJJ96Y1

The Buffalo News reported that the employee, Taijuan Littleton, saved a 4-year-old boy who spent several days alone. He went to Shaleena Hamilton’s apartment on a previously scheduled appointment and when he knocked on her door, she didn’t answer.

“He asked the boy to open the door, but he didn’t,” detective Sgt. Jim Dunham told The Buffalo News.

“Littleton then looked through the window and saw the mother lying on the floor at the foot of the stairs. At that point, Littleton called 911. He also asked the boy again to open the door, and he did.”

After he got inside, he realized the 43-year-old mother had died. He took the boy to his work truck and wrapped him in a blanket.

“Instinct kicked in,” Littleton told USA Today, “that something may be wrong.”

An autopsy revealed that Littleton had died of natural causes.

The boy is now staying with his relatives.

“He did what we ask everyone to do,” Buffalo Police Lt. Steve Nichols said of Littleton. “And in this case, it’s a little boy who was sitting at home drinking milk and maple syrup for two days, and he may have stayed there longer had Taijuan not showed up at the house.”

Littleton was quick to credit co-workers and police for their help.

“All I can do is just pray that the little boy has a good childhood,” Littleton told the paper. “I hope that he grows up to be a good Samaritan.”