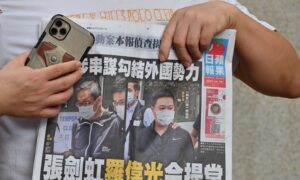 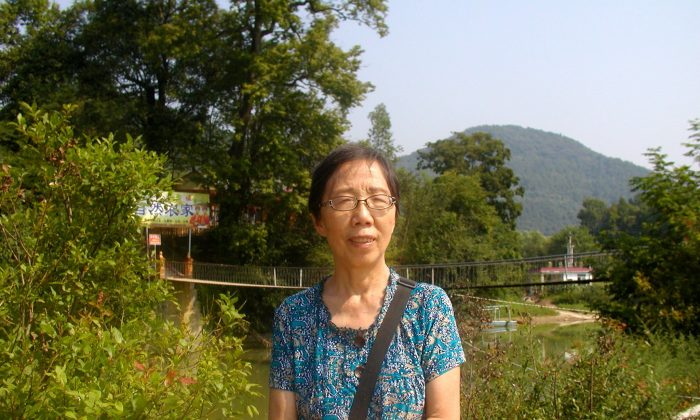 Gong Yuqun, a professor of English with an impeccable British accent, came of age during the Cultural Revolution in China, a time of political madness and turmoil when intellectuals were heavily persecuted. She made it through that period and went on to make significant contributions to English-language education in her home province.

But now, in her 70s, Gong has been unable to escape an even more ferocious political persecution: She was recently placed in a re-education center because she handed out information about the persecution of the Falun Gong spiritual practice in China.

Local police in China’s central province of Hubei abducted Gong on Feb. 22, the date of this year’s Lantern Festival, for passing out explanatory materials about Falun Gong and the deadly state campaign against it. The same night, she was transferred to a brainwashing facility after being deceived into confirming her identity by giving her signature.

Falun Gong is a meditation practice of five exercises and a discipline based on three cardinal principles—truthfulness, compassion, and tolerance. Practitioners have been unlawfully detained and thousands murdered by Chinese communist authorities since July 1999.

Gong Yuqun began practicing Falun Gong over 20 years ago at the age of 50, when it was still freely practiced in China. Like tens of millions of people who also took up the discipline, Gong found the practice improved her health and that its teachings aided her in resolving interpersonal conflicts in the workplace by reducing her competitive and selfish habits.

When she was out distributing Falun Gong fliers in the city of Wuchang (part of Wuhan), Gong was reported to the police and detained. Zhou Yingguo, the officer, told her that she would not be held for long on account of her age and he needed her signature for processing purposes.

But instead of releasing her, Zhou turned Gong over to the Internal Security Bureau, a kind of secret political police force, in Wuchang, and from there she was transferred to a brainwashing center on the outskirts of town. The building has no address or workplace title, and houses many others arrested for practicing Falun Gong.

Minghui.org, a website that documents the persecution of Falun Gong, reported Gong Yuqun’s story on Feb. 28.

Brainwashing centers are widely used by the Chinese police as part of their effort to “transform” Falun Gong practitioners. To date, several thousand Falun Gong adherents are confirmed to have died at the hands of the regime, but the real number of fatalities is estimated to be in the tens or hundreds of thousands.

Gong Yuqun’s family discovered the brainwashing center’s location through extensive efforts. When they visited, two officers, a man and a woman, said that Gong was forbidden from seeing them. The staff refused to give their names.

In the late 1970s, professor Gong, then about 30 years old, was an instructor at a college in Wuchang. She applied for a position with an English instruction program that was airing on the Hubei Television and Radio Station. She was favored for her excellent command and pronunciation of British English, and was selected to host the program along with a male co-host.

Luckily Gong completed her university degree in the 1960s, before the 10-yearlong Cultural Revolution, which threw China and its education system into chaos. Many high school-age students were sent to the countryside instead of being allowed to pursue higher education.

By the time the Cultural Revolution ended in 1976, China had a generation of “lost youth” that needed training in a broad range of subjects, including English.

The English program that Gong hosted ran for several years and was especially helpful for these people as they struggled to master the subjects needed for the university entrance exams. Many devoted students expressed their gratitude to Gong and her co-host.

But because Gong never joined the Communist Party, her opportunities for promotion and pay raises were few and far between. Despite this, she is said to have maintained a positive attitude to her teaching work, Minghui reported.

About 20 years after the program ended, a parent excitedly approached Gong when she was receiving new students admitted to her school, Minghui said. “Professor Gong, I was able to go to university because of the English you taught me!”