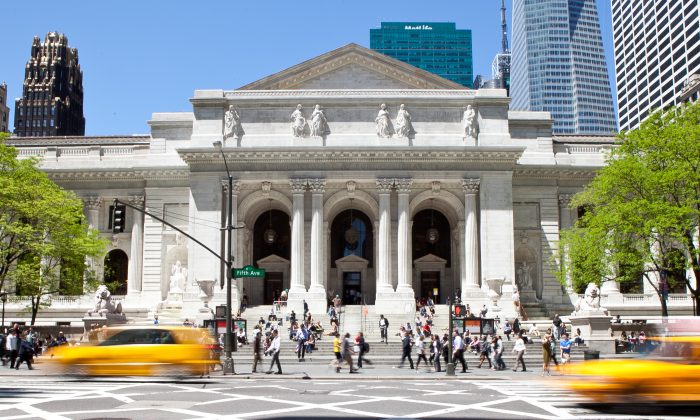 The Stephen A. Schwarzman Building on Fifth Avenue between 40th Street and 42nd Street on May 11, 2011. (Epoch Times)
New York

“When the facts change the only right thing to do as a public-serving institution is to take a look with fresh eyes and see if there is a way to improve the plans and to stay on budget,” said New York Public Library President Tony Marx in a statement. He added they are now proposing an alternative plan.

The research stacks in the Stephen A. Schwarzman Building will stay intact and long-closed rooms will be reopened to the public. Exhibition space in the imposing, iconic building will be more than doubled, a new education area will be added, and there will be more space for researchers and writers.

Storage space under Bryant Park will also be expanded to aid in quick access to the library’s research collection.

The library’s announcement about its altered plans followed a special May 5 meeting of the board of trustees and foundation supporters. They had faced serious public opposition to the plan, including litigation.