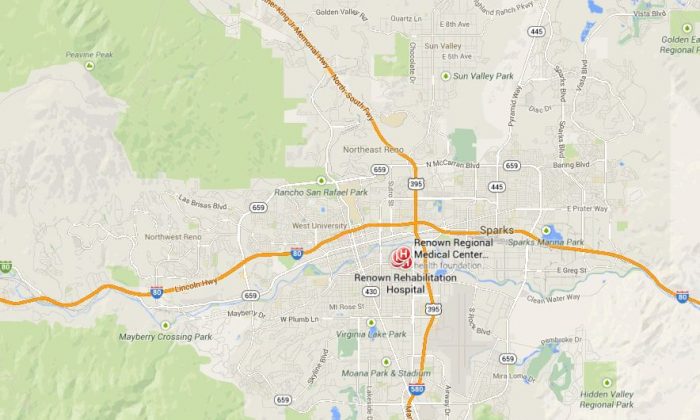 A Google Maps screenshot shows the location of the Renown Regional Medical Center in Reno, Nevada.
US

An active shooter is reportedly on the loose after shots were fired at the Renown Regional Medical Center in Reno, Nevada. Later reports now suggest that the shooter was injured and is down. Thee Reno Journal-Gazette reported that there are two people are dead, and it is believed one is the shooter.

There were reports of other injuries, with “multiple shots” fired.

CNN reported that the shooter is on the third floor and later committed suicide.

“A guy told us there was a shooting at the place where we were supposed to go. I guess they are evacuating right now,” said witness Denise Calzada.

NBC News affiliate KRNV reported that the shooter is “down” and the situation at the hospital is “cleared.”

Renown Medical Center is being evacuated as a precautionary measure, the station reported.