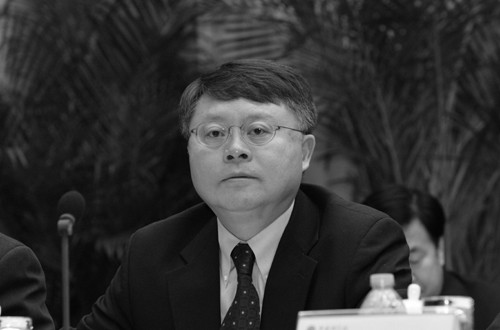 The deputy director of China’s foremost official scientific institute was unexpectedly removed from the position on Oct. 27. He had held the post for 11 years.

While state media provided no explanation for Shi Er’wei’s removal, he is known to have enjoyed close ties with Jiang Mianheng, the eldest son of former Party leader Jiang Zemin.

Jiang has been the chief political rival of Party leader Xi Jinping since Xi assumed power in late 2012. Jiang previously ruled China formally for over a decade until 2002, and then wielded vast influence behind the scenes for another decade, until Xi ascended to the leadership.

The move against an official close to Jiang Mianheng can be viewed as another indication that the son of the former leader is being targeted by Xi. Previously, Jiang Mianheng recused himself from his post at the Chinese Academy of Sciences, also unexpectedly.

Several companies with which he is known to have been affiliated have also been inspected by anti-corruption investigators.

The announcement of Shi Er’wei’s removal accompanied a round of position changes announced by the State Council, the equivalent to China’s cabinet, recently. The Chinese Academy of Sciences, of which Shi was a deputy director, has many deputy director positions, but Shi was the only one removed from his post.

Officials who hold such prestigious posts typically only vacate them due to age or serious illness. But at 60, Shi is not yet at retirement age.

Instead, intense interest in Chinese-language reportage has been devoted to the relationship between Shi and Jiang Mianheng.

Before the Chinese New Year in 2012 and 2014, Shi paid a special visit to Shanghai to present his “heartfelt wishes” to Jiang, according to short reports on the website of the Chinese Academy of Sciences.

Chinese politics enthusiasts speculate that Jiang promoted Shi to be general secretary at the Academy in 2000, after Jiang assumed the deputy directorship in November 1999.

Whether this is the case or not, Shi was indeed raised to that post mere months after Jiang was elevated. (This itself is the subject of consternation in China, given Jiang’s lack of scientific achievements, coupled with his father being the head of the Communist Party.)

Over the years, the two often appeared in public together, including at the Dec. 30, 2008, opening ceremony of a branch of the Academy in Pudong, Shanghai. Shi hosted the event, and Jiang made a speech.

The following year they went on an excursion, with a few other officials, to tour the Suzhou Institute of Nanotech and Nanobionics of the Chinese Academy of Sciences.

Apart from this glad-handing between Shi and Jiang Mianheng, the latter was implicated in another Party disciplinary investigation from July to September this year. During this time, investigators peered into China Eastern Airlines, one of the three major airline companies in China primarily owned by the investment firm controlled by Jiang Mianheng and called Shanghai Alliance Investment Ltd. (SAIL).

Jiang Zemin himself has been directly implicated, though in a more arcane manner: A large stela with his inscription on it was removed from outside the Party School, the Chinese Communist Party’s ideological training ground, in August.

Though officials later said that it had simply been moved inside, political commentators inside China thought it was a gesture imbued with indelible meaning and indicated that Xi Jinping already had Jiang Zemin in his sights.