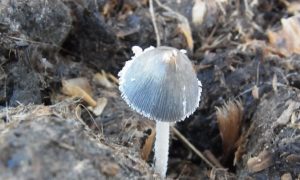 Scientists have found antibiotic resistance genes in the bacterial flora of a South American tribe who has never been exposed to antibiotic drugs.

The findings suggest that bacteria in the human body have had the ability to resist antibiotics since long before such drugs were ever used to treat disease.

The research stems from the 2009 discovery of a tribe of Yanomami Amerindians in a remote mountainous area in southern Venezuela. Largely because the tribe had been isolated from other societies for more than 11,000 years, its members were found to have among the most diverse collections of bacteria recorded in humans.

It was alarming to find genes from the tribespeople that would deactivate these modern, synthetic drugs.
— Gautam Dantas, associate professor of pathology and immunology, Washington University School of Medicine

Within that plethora of bacteria, though, the researchers have identified genes wired to resist antibiotics.

The study, published in Science Advances, reports that the microbial populations on the skin and in the mouths and intestines of the Yanomami tribespeople were much more diverse than those found in people from the United States and Europe.

“This was an ideal opportunity to study how the connections between microbes and humans evolve when free of modern society’s influences,” said co-author Gautam Dantas, associate professor of pathology and immunology at Washington University School of Medicine in St. Louis. “Such influences include international travel and exposure to antibiotics.”

Intriguingly, in Dantas’s lab, graduate student Erica Pehrsson searched for and found antibiotic resistance genes in bacteria on the skin and in the mouths and intestines of tribe members long isolated from such outside influences.

“These people had no exposure to modern antibiotics; their only potential intake of antibiotics could be through the accidental ingestion of soil bacteria that make naturally occurring versions of these drugs,” Pehrsson said. “Yet we were able to identify several genes in bacteria from their fecal and oral samples that deactivate natural, semi-synthetic, and synthetic drugs.”

In recent years, the abundance of antibiotics in medicine and agriculture has accelerated this process, stimulating the development and spread of genes that help bacteria survive exposure to antibiotics. Consequently, strains of human disease that are much harder to treat have emerged.

“We have already run out of drugs to treat some types of multidrug-resistant infections, many of which can be lethal, raising the bleak prospect of a post-antibiotic era,” Dantas said.

Scientists don’t really know whether the diversity of specific bacteria improves or harms health, Dantas said, but adds that the microbiomes of people in industrialized countries are about 40 percent less diverse than what was found in the tribespeople never exposed to antibiotics.

“Our results bolster a growing body of data suggesting a link between, on one hand, decreased bacterial diversity, industrialized diets, and modern antibiotics, and on the other, immunological and metabolic diseases—such as obesity, asthma, allergies, and diabetes, which have dramatically increased since the 1970s,” said Maria Dominguez-Bello, associate professor of medicine at New York University Langone Medical Center and senior author of the study.

“We believe there is something occurring in the environment during the past 30 years that has been driving these diseases, and we think the microbiome could be involved.”

Dominguez-Bello said the research suggests a link between modern antibiotics, diets in industrialized parts of the world, and a greatly reduced diversity in the human microbiome—the trillions of bacteria that live in and on the body and that are increasingly being recognized as vital to good health.

The vast majority of human microbiome studies have focused on Western populations, so access to people unexposed to antibiotics and processed diets may shed light on how the human microbiome has changed in response to modern culture, and may point to therapies that can address disease-causing imbalances in the microbiome.

In the current study, when the researchers exposed cultured bacterial species from the tribe to 23 different antibiotics, the drugs were able to kill all of the bacteria. However, the scientists suspected that these susceptible bacteria might carry silent antibiotic resistance genes that could be activated upon exposure to antibiotics.

They tested for such activation, and the tests confirmed their suspicions. The bacterial samples contained many antibiotic resistance genes that can fend off many modern antibiotics. These genes may turn on in response to antibiotic exposure.

“However, we know that easily cultured bacteria represent less than 1 percent of the human microbiota, and we wanted to know more about potential resistance in the uncultured majority of microbes,” Dantas said.

So the researchers applied the same method, called functional metagenomics, to identify functional antibiotic resistance genes from Yanomami fecal and oral samples without any prior culturing. From that experiment they were able to identify nearly 30 additional resistance genes. Many of these genes deactivated natural antibiotics, but the scientists also found multiple genes that could resist semi-synthetic and synthetic antibiotics.

“These include, for example, third- and fourth-generation cephalosporins, which are drugs we try to reserve to fight some of the worst infections,” said Dantas. “It was alarming to find genes from the tribespeople that would deactivate these modern, synthetic drugs.”

As for how bacteria could resist drugs that such microbes never before had encountered, the researchers point to the possibility of cross-resistance, when genes that resist natural antibiotics also have the ability to resist related synthetic antibiotics.

“We’ve seen resistance emerge in the clinic to every new class of antibiotics, and this appears to be because resistance mechanisms are a natural feature of most bacteria and are just waiting to be activated or acquired with exposure to antibiotics,” Dantas said.