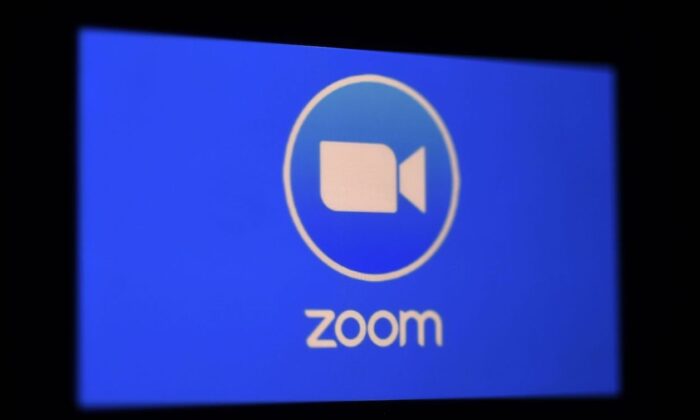 A Zoom App logo is displayed on a smartphone. (Olivier Douliery/AFP via Getty Images)
Canada

Remote Meetings Are Bad for Democracy

A teacher was recently making a scheduled presentation to the Waterloo Region District School Board. Before she could finish speaking, the board chair summarily cut her off. According to the chair, the teacher had violated the provincial human rights code and had to be stopped.

Given that the school board was actively reviewing library books for inappropriate content, it should hardly be surprised when one of its own teachers brought specific examples to the board’s attention.

While video recordings of board meetings are normally posted online, the recording of this meeting was removed from the internet shortly after being posted. The board chair claimed that this action was taken to prevent further harm from the teacher’s presentation. A more likely explanation is that the video made the board chair look ridiculous for refusing to listen to one of his own teachers.

There is another thing about this meeting that looks ridiculous—it was conducted remotely. Board members were in their homes participating in the meeting via Zoom. So were the scheduled presenters—including the teacher talking about the library books.

We are nearly two years into this pandemic and governments are finally lifting public health restrictions. Vaccines are available to anyone who wants one and promising new treatments for COVID-19 have been approved by Health Canada. Given these facts, there is no need for elected officials to conduct board meetings remotely.

Sadly, Waterloo Region District School Board is far from the only school board still holding remote meetings. Trustees in major cities such as Toronto, Montreal, and Vancouver are holding their board meetings online. Many municipal councils are also sticking with remote meetings, at least for the foreseeable future.

It’s entirely possible that the Waterloo teacher would have still been unfairly cut off by the board chair during an in-person meeting. However, at least the board chair and teacher would have been looking at each other and in the same room together. Removing someone from a remote meeting with the click of a button is a lot simpler than ordering them to leave the building. Perhaps this fiasco could have been averted with an in-person meeting.

In addition, there is a scientific basis for what is often called “Zoom fatigue.” Researchers from the University of Michigan have found that internet lag time makes it difficult for Zoom participants to catch subtle cues during conversations. Because participants need to put more effort into understanding each other during remote meetings, they typically end up feeling drained afterward.

Zoom fatigue is bad enough when it occurs after a casual conversation between family members. Now think about the impact of two years of Zoom meetings conducted by political adversaries who are not inclined to give each other the benefit of the doubt. It’s not surprising that serious conflict is likely to arise.

Add to this the ongoing technical challenges that arise during Zoom meetings. From forgetting how the mute button works to spotty wi-fi reception to poor video camera positioning, the problems that crop up are endless. These types of problems rarely occur during in-person meetings.

Finally, remote meetings are often not taken as seriously as in-person meetings. Examples of poor judgment by participants are numerous. A Montreal MP, for example, twice appeared naked on camera in a House of Commons Zoom meeting. It’s unlikely that he would have pulled this stunt during an in-person meeting. A Chilliwack school trustee even lit a cigarette and drank wine during a remote meeting, something that would never have been tolerated in person.

Remote meetings are bad for democracy. Elected officials owe it to themselves and to their constituents to hold proper in-person meetings. This means not meeting over Zoom.