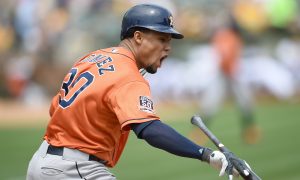 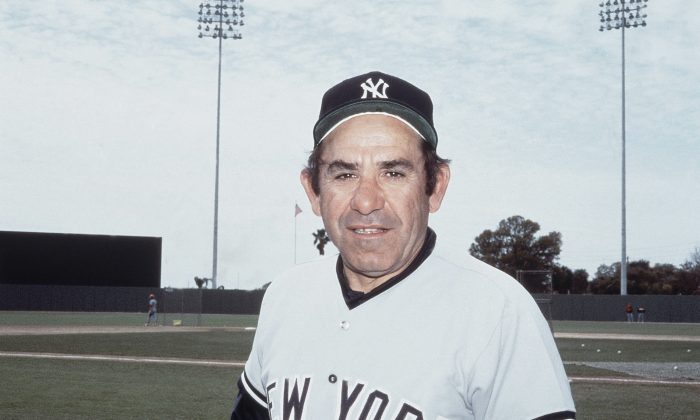 Yogi Berra managed both the Yankees and Mets after his Hall of Fame career. (AP Photo)
Baseball

Hall of Famer Yogi Berra, who passed away Tuesday night at the age of 90, is considered one of the greatest catchers of all time—and for good reason. The three-time MVP made 15 All-Star teams and won an incredible 10 World Series with the New York Yankees. Standing only 5-foot-7 and weighing roughly 185 pounds, he hit 305 of his 358 career home runs as a catcher—which was a record when he retired in 1965.

Berra played the majority of his career with the Yankees (1947–63) and teamed with several other superstar players like Joe DiMaggio, Mickey Mantle, and Whitey Ford, while being managed by the great Casey Stengel, to form perhaps the Yankees’ greatest dynasty. In addition to the 10 World Series titles he won—still a major league record—the Bronx Bombers won 14 pennants during Berra’s time in pinstripes and never endured a losing season.

After his playing career, Berra managed both the Yankees and Mets to World Series appearances.

But despite all those accomplishments, Yogi Berra is known best for his quick-witted sayings—also known as “Yogisms.” Here are his most memorable quotes.

1. On dying: “Always go to other people’s funerals. Otherwise they won’t go to yours.”

2. On playing successful baseball: “Baseball is 90 percent mental. The other half is physical.”

4. On how many slices he wanted his pizza cut into: “Four. I don’t think I can eat eight.”

5. On explaining his lack of speed: “The wind always seems to blow against catchers when they’re running.”

7. On the economy: “A nickel ain’t worth a dime anymore.”

8. On breaking his records: “I always thought that record would stand until it was broken.”

9. On night games: “It gets late early out there.”

11. On rumors about him: “Half the lies they tell about me aren’t true.”

12. On little league: “Little League baseball is a very good thing because it keeps the parents off the streets and the kids out of the house.”

14. On his favorite hotel: “The towels were so thick there I could hardly close my suitcase.”

15. On managing: “You can observe a lot just by watching.”

16. On directions: “You’ve got to be very careful if you don’t know where you are going because you might not get there.”

17. Explaining a bad performance: “We made too many wrong mistakes.”

18. On life-path instructions: “When you come to a fork in the road, take it.”

19. After seeing a list of deceased former Yankees players on the Yankee Stadium scoreboard: “Boy, I hope I never see my name up there.”