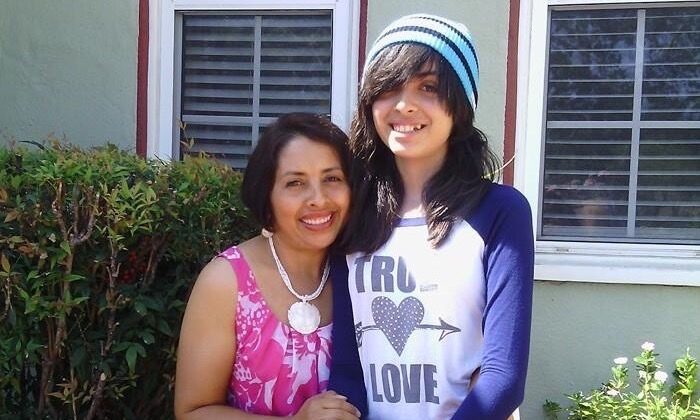 September 4th, 2022 was the first day of Suicide Prevention Week. This also happens to be the third anniversary of the untimely and entirely preventable death of Yaeli Galdamez.

She was a 19-year-old California girl who, like many teenage girls, was plagued with depression and anxiety, and she came to believe she was transgender after being bullied in middle school.

What followed was a conspiracy of school counselors, Department of Family and Child Services, friends, other kid’s parents, and the Los Angeles LGBT Center’s RISE task force that resulted in Yaeli being coerced into walking out of her family home one July evening in 2016 and ended with her stepping in front of a train three years later.

According to her mother, Abigail Martinez, “she went on her knees, raised her arms up and just laid on the tracks.”

Her story has been widely shared amongst right-leaning news outlets, but the mainstream left-leaning media—New York Times, The LA Times, Washington Post—have, unsurprisingly, never meaningfully covered the epic failure of the legal system that occurred in this case.

Erin Friday and I spoke with Abigail just after her appearance at the Heritage Foundation in March of 2022. We spoke for three hours. She is an intelligent, hard-working person and a loving mother who instinctually knew that her daughter would not be helped by transitioning.

She tried to support Yaeli by using the preferred name and pronouns, but she did not support her taking hormones. When her daughter was suicidal, she sought help, yet after one mild altercation over an iPad, her daughter’s friend and friend’s mother convinced her to feign a claim of physical abuse, run away, and become a ward of the state—since, once in foster care, children 12 and older can dictate their own medical care.

Abigail described a trip to the Farmer’s Market with Yaeli on the day she left. Abigail was washing the vegetables they bought together while Yaeli was going to choose a movie to watch together. Moments later, Abigail called out to her. There was only silence. Panicked, Abigail called Yaeli’s friends, the school, neighbors, and finally the police. The school issued this Facebook statement. After hours of torment, she found out that Yaeli was at a friend’s house and would be remanded to the custody of the state. Yaeli would not be coming home.

Abigail told us that she was visited regularly by members of the trans-advocacy group RISE and recounted one of them encouraging her to “have a funeral for your daughter and adopt your son.” She was told not to talk about God. “They told me if you do that, you’ll never see your daughter,” she said.

At one of her monthly court appearances, Abigail expressed concern to her daughter’s attorney about the undue influence of RISE. Yaeli’s court-appointed attorney addressed this with the judge. This same attorney did not believe it was in Yaeli’s best interest to be placed on testosterone at age 16, and when she raised her concerns, she was removed from the case.

Abigail was absolved of the physical abuse claim. But RISE, as well as all those in positions to help a very confused child, pushed the court to keep the emotional claim alive. Even when Abigail finally capitulated to call Yaeli her now-second created new name, it wasn’t enough. RISE had convinced the court that what depressed, internet addicted, and anxious Yaeli needed was testosterone and to be away from her loving family.

The courts took custody of Yaeli, but her three siblings were not removed, making it crystal clear that Abigail was a fit parent and not abusive. It also cemented the fact that the state was willing to call a parent who does not permit her minor to engage in unproven medical procedures, abusive.

At 19, Yaeli was sent to an independent living situation but continued to struggle emotionally and financially. She was hospitalized after another overdose attempt. She called her mother, not RISE or a friend, but her mother—who she knew would always be there for her. “Mom, I don’t have any food, my last meal I’m giving it to a friend because she’s pregnant,” she said. Abigail dropped everything and brought her daughter food.

Two months before Yaeli took her life, Abigail was vindicated by from DCFS that reduced the allegations of abuse that had resulted in her loss of custody from “substantiated” to “inconclusive.” She was not guilty. She never had been. Absolution was too late. Yaeli’s three years on testosterone and being paraded around by RISE as the “poster foster care trans child” had taken its toll. Yaeli’s pain was too much.

After her daughter died, Abigail filed a civil lawsuit. The response from DCSF was an acknowledgment that it “aggressively pursued the implementation of inclusive, gender-affirming laws, policies, and supportive services for LGBTQ+ youth.” The Arcadia Unified School District, which had facilitated her daughter’s social transition, said “a claim suggesting our school or a staff member did not properly treat a student’s severe depression is both completely inaccurate and troubling as our schools and staff would not be authorized or medically qualified to treat clinical depression.”

The ACLU states, “Medically accepted standards of care for gender dysphoria include social transition, hormone treatment, and surgery.” Given this stance, the school would automatically be found guilty of practicing medicine without a license, which is exactly what they did.

The lawsuit should have been a slam dunk, but it was fraught from the beginning with ineptness, sloppy legal work, and ignorance about the nuances of this healthcare issue. The wrong people were named, the wrong birthdates were recorded on official documents, filings were late or simply inaccurate, and the lawyer who initially handled her case is no longer with the firm. A spokesperson for the firm offered sympathy and understanding, but it remains to be seen if the firm can rectify their mistakes and get Abigail some justice.

As I was writing this, I was reminded of an Eddie Izzard bit (before he drank the Kool-Aid) where he describes the British Empire’s “cunning use of flags” to conquer India. That is exactly what is happening here, except they are using flags to colonize our children. We must resist. We must stand behind people like Abigail.

During this Suicide Prevention Week, take a moment to consider Abigail and her family. There is a link to donate at Ourduty.group. Please specify that you wish to contribute to a legal fund.

This article was previously published on Substack by Parents with Inconvenient Truths about Trans (PITT).