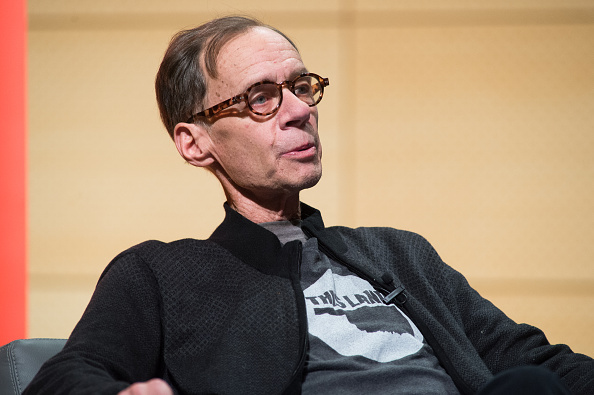 Remembering David Carr’s Work: ‘A Way, Not to Truth, but Fewer Lies’

For Carr, whose life was filled with drugs and journalism, his commitment to newspaper ethics was just as persistent as his tendency to fall in and out of periods of sobriety. Even in writing his 2008 autobiography, The Night of the Gun, Carr followed journalistic practices and avoided beautifying his history with addiction.

“I was a screwup who took aim on himself and may have created collateral damage along the way,” he wrote in chapter three.

Carr’s memory was not the most trustworthy, as evidenced by the anecdote he told of crashing into his friend Donald’s house and being chased out by a gun. Donald told him in an interview for the memoir that he had never owned a gun, but maybe Carr had.

So in setting out to write about his five decades of life, Carr instead conducted sixty interviews on audio or videotape, and consulted medical files and legal documents.

“There is a way, not to Truth, but fewer lies.” He explained, “I decided to fact-check my life using the prosaic tools of journalism. For the past thirty years, give or take time served as a drunk and a lunatic, I have used those tools with alacrity.”

He found that the Carr others remembered heavily diverged from the one he would have portrayed. A novel of his life would have painted him as “a good guy who took a couple of wrong turns and ended up in the ditch.”

The reported version was a person who saw the danger signs and “floored it, heedlessly mowing down all sorts of people at every turn.”

As a columnist on the intersections of media and technology for the Times, Carr took the opportunity to highlight ethical examples of journalism and good practices, such as his tribute to Ben Bradlee, former executive editor of the Washington Post who passed away last October.

Carr resisted when a communications executive at a media company asked to review the quotes following an interview with a chief executive, because Carr believed such a practice dilutes the news and makes it just a little less real, according to his Media Equation column in 2012.

‘Free Flow of Information Act’ Is Bad for Journalism

And in his work, Carr remarked on the shame of dishonest journalism on several occasions.

In the early 2000’s, Carr befriended Jayson Blair of the New York Times, who would resign after being caught plagiarizing and fabricating stories. The two were friends in recovery who hung out in the smoking room.

Blair’s fraud came entirely out of left field for Carr, who wrote in his memoir, “When it became clear that a massive con was under way, I was dumbfounded … Part of me wanted to strangle him for lying, lying to me about lying, but there was plenty of that to go around, so I thought I should show compassion.”

Carr confronted Blair about the betrayal, while weeping and begging him not to turn back to cocaine, an exchange which Blair later recalled in his own memoir, Burning Down My Masters’ House.

Then, just last week, Carr wrote in his column about Brian Williams, the NBC anchor suspended for six months without pay for exaggerating that he had been in a helicopter in Iraq hit by a rocket-propelled grenade. Williams had offered a half-apology, saying that he had confused his memories together with someone else’s helicopter that was hit.

Carr felt the weak apology wasn’t enough for a public that had trusted Williams.

Carr felt the weak apology wasn’t enough for a public that had trusted Williams.

Carr said he was familiar with how stories could conflate, especially for Williams, who was not only a reporter but a celebrity who appeared on late night shows to tell entertaining stories. And “all those 1 percent enhancements along the way add up and can leave the teller a long way from the truth,” wrote Carr.

Williams did deserve a second chance, but Carr just wasn’t sure how he could get one at NBC.

In his admonishment of Blair and Williams, Carr’s tone never grew self-righteous. He documented the storm of controversy that followed both using the same frankness with which he described his own personal demons.

As he wrote in The Night of the Gun, “Here is what I deserved: Hepatitis C, federal prison time, HIV, a cold park bench, an early, addled death.”

But, he said, “Here is what I got: A nice house, a good job, three lovely children.”