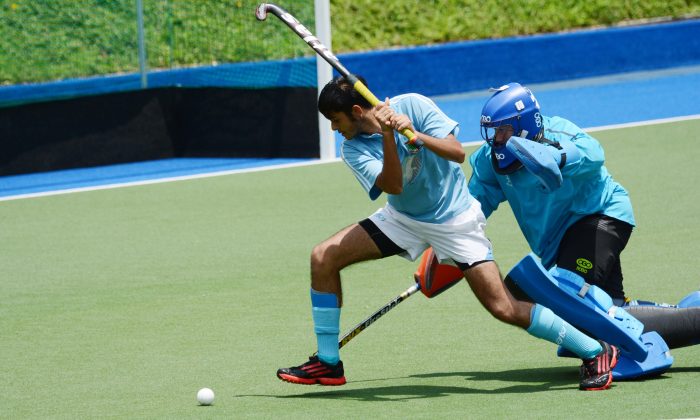 Gurmeet Singh, son of Mitha said they were looking at growing the tournament after the Khalsa Naujawan Sabha (KNS) and Hong Kong Sikh Temple organised tournament proved to be a roaring success.

“We are highly pleased with the turnout and now have something to look forward in the future,” he said.

“Finally, rest in peace dad,” said Singh, who was pleased with the numbers at the near capacity crowd at the King’s Park stadium, adding: “this turnout shows the respect given to my dad (who passed away peacefully last year).”

Singh said he would be speaking to the Hong Kong Hockey Association to try to expand the current 12 invitational sides to 16 teams while keeping to the same format of two pools to decide the finalists.

KNS lifted the trophy when they edged out Kowloon Cricket Club (KCC) 1-0 through a Jiwa Mohan winner midway through the second half when the former Malaysian captain made sure he was on target despite the blocking efforts of the KCC keeper Kelson Wong, in halting the initial shot.

“I cannot believe his shot got past me,” said Wong, who had an outstanding day between the posts including stopping a penalty stroke in the final.

Wong, whose father, Michael, also a goalkeeper for both Hong Kong and seven-time 1st Division champions Nav. Bharat Club, proved more than capable of donning his father’s shoes. The younger Wong was inspirational in taking KCC to the final as he held his own in two earlier preliminary round penalty-shootouts.

“I guessed the right way and used my helmet to block Mohan’s shot, but the moment it hit my helmet I instantly had a headache,” said Wong commenting on the power of the impact.