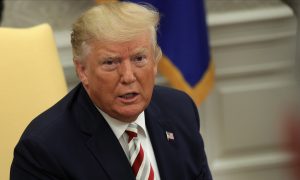 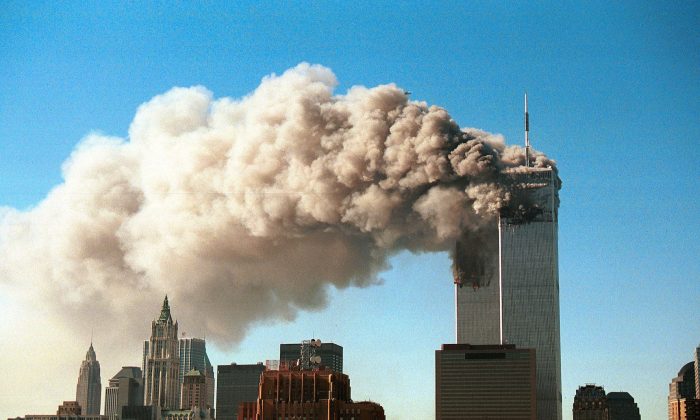 Remembering 9/11: Images That Shook the World

Across the nation, many Americans marked the 18th anniversary of Sept. 11, 2001 terror attacks with a moment of silence and memorial services. Although years have passed, Americans are unable to forget the horror, pain, and confusion they experienced when terrorist-piloted planes crashed into the World Trade Center, the Pentagon, and on a field in Pennsylvania.

Nearly 3,000 innocent people were killed that day, including 184 lives that were taken at the Pentagon. Families are still feeling the grief from losing a loved one, while many heroic first responders are still suffering from health-related problems after being exposed to the smoke and dust at ground zero while facing imminent danger.

At the Pentagon this year, President Donald Trump remembered and praised the first responders and civilians for displaying courage and heroism, while mourning the lives that were stolen that day.

“For every American who lived through that day, the Sept. 11 attack was seared into our soul. It was a day filled with shock, horror, sorrow, and righteous fury,” Trump said.

“This is your anniversary of personal and permanent loss,” he added. “It’s the day that has replayed in your memory thousand times over. The last kiss. The last phone call. The last time hearing those precious words, ‘I love you.'”

Here are the images from America’s deadliest terrorist attack that changed the world forever.

Warning: The images may cause distress to some viewers.

The Aftermath of the World Trade Center Attack

Attack at the Pentagon