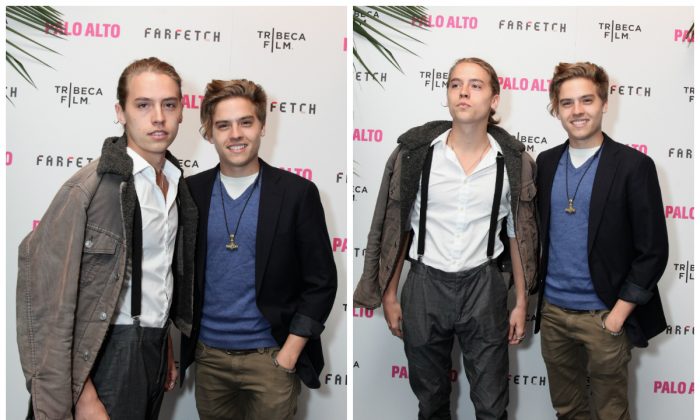 Remember Ben From ‘Friends’? This Is What the Twins Who Played Him Look Like Now

Actors grow up and sometimes look a lot different than how we’re used to seeing them.

That’s definitely the case for the twins who took turns playing young Ben–the son of Ross and Carol Willick–on the hit show “Friends.”

That show stopped airing 12 years ago, and the twins have grown up since then.

Many people have noted that they didn’t know the twins–Cole Sprouse and Dylan Sprouse–played Ben.

You’ll be shocked to see what Ben from ‘Friends’ looks like now https://t.co/u4Vx8eVelJ pic.twitter.com/tYKt9eLKBf

“Just found out Ross’s son Ben (from friends) is the same actor as Zac and Cody from Suite Life,” said one Twitter user.

“When you just find out Julian from Big Daddy was Cole and Dylan Sprouse and they are also Ben from friends,” said another.

Let’s split up gang. Daphnes comin with me. 📸 @paulinashafir

“What a transformation,” said another.

The twins played Ben in the last three seasons of the show.

Cole recently graduated from New York University with a degree in archaeology, and works as a model, actor, and photographer.

Dylan also graduated from NYU and acts and models.

Along with “Friends”, “Big Daddy”, and “Suite Life”, they have appeared in a number of movies and TV programs, such as “Hannah Montana”, “Eight Crazy Nights”, and “That ’70s Show.”

Dylan’s first role since attending college will be seen in this year’s film “Dismissed,” while Cole is set to appear in the TV program “Riverdale.”