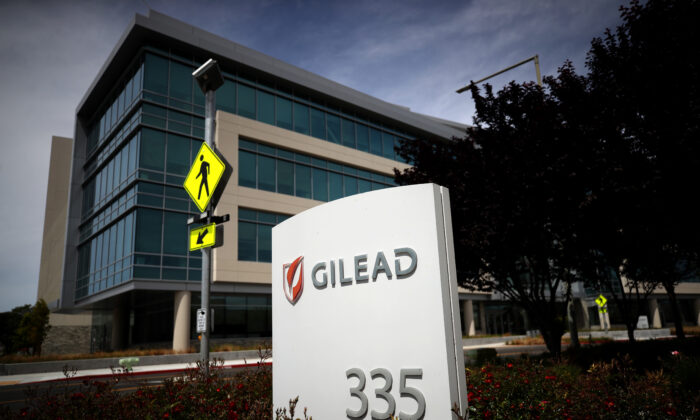 A sign is posted in front of the Gilead Sciences headquarters in Foster City, Calif., on April 29, 2020. (Justin Sullivan/Getty Images)
By Zachary Stieber

Gilead later shared its data with the Food and Drug Administration and got the results published in the New England Journal of Medicine.