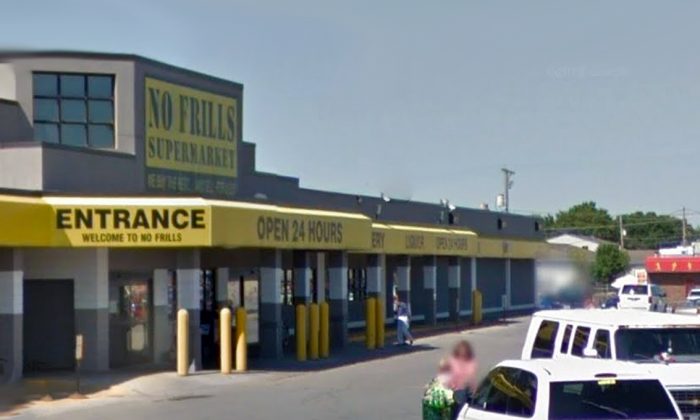 Exterior of the No Frills Supermarket in Council Bluffs, Iowa, in August 2011. (Google Maps Street View/Screenshot)
Crime and Incidents

The body of a Midwestern man who went missing a decade ago in Iowa was identified on Monday, July 22.

Officers discovered the body in an 18-inch gap between the back of a cooler and wall of the No Frills Supermarket at 1817 West Broadway, 128 miles west of Des Moines. The business has been closed since March 2016.

Murillo-Moncada’s parents helped the Iowa Division of Criminal Investigation Criminalistics Laboratory positively identify the missing man by providing a sample of their DNA, according to KETV.

Parents of Murillo-Moncada, then 25, reported him missing back in Nov. 28, 2009 after they said he became upset and ran away from home, according to a press release obtained by the Associated Press.

Police said the Council Bluffs man worked for the supermarket at the time and it was not unusual for workers to be in the storage space above the coolers according to statements made by former employees.

Council Bluffs Police say a body was found inside the No Frills Supermarket off West Broadway this morning. It was found while removing shelves and coolers. pic.twitter.com/CGBGC2zA8t

Contract workers made the grisly discovery on Jan. 24 while dismantling shelves and coolers from the premises. They called police once they discovered the body and responding officers said it appeared “to have been there an extended period of time,” reported AP.

Workers removing shelves and coolers from a former No Frills Supermarket in Iowa discovered a body behind one of them in January. The remains were recently identified as those of a former employee who had been reported missing in 2009. https://t.co/3iGpTRdim1

Police said the Pottawattamie Medical Examiner’s Office assisted with the investigation and an autopsy was ordered in Ankeny, 14 miles north of Des Moines. The autopsy found no evidence of trauma, reported KETV.

Investigators speculate Murillo-Moncada entered the store and climbed on top of the coolers before falling into the gap and becoming trapped. The missing person case has been classified as an accidental death and closed.

Police say the Council Bluffs man fell into an approximately 18-inch gap between the back of a cooler and a wall at No Frills Supermarket. The store has been closed since 2016. https://t.co/6mWVQH6KFm

The building has allegedly been looted at least once since closing, with police arresting one man for stealing copper from the back of supermarket back in Nov. 2016.

Police arrested Dustin Adkins, then 33, who was accused of removing a large gauge copper wire. He was charged with theft and criminal mischief, reported KETV.