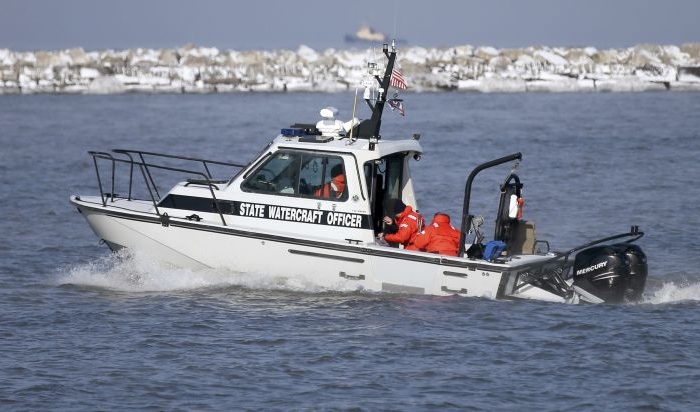 An Ohio Department of Natural Resources boat heads out to Lake Erie to help in the recovery operation of a missing plane, Friday, Jan. 6, 2017 near Cleveland. Crews searching Lake Erie on Friday found what may be human remains on a seat from a plane that was carrying six people when it disappeared more than a week ago. (Marvin Fong/The Plain Dealer via AP)
US

Remains Found in Search for Missing Plane Confirmed as Human

A seat pulled out of Lake Erie from a plane carrying six people when it vanished more than a week ago near Cleveland contained the remains of a male, officials said Tuesday.

No other remains have been found in the search, but crews have pulled part of the fuselage, several seats, an engine and a wheel from the icy waters, officials heading up the recovery said.

Most of the large items, including a 20-foot section of the fuselage, were found Monday by divers following signals from a locator beacon because visibility in the water was less than a foot.

The plane piloted by a Columbus businessman traveling with his family and two neighbors disappeared shortly after taking off from Burke Lakefront Airport in downtown Cleveland on Dec. 29. All six who were on board are presumed dead.

A medical examiner said Tuesday that DNA was used to identify the remains found Friday, but no other information was released.

Crews searching for the wreckage are concentrating on an area about the size of a football field, said Khalid Bahhur, commissioner of Burke Lakefront Airport.

So far, 170 pieces of debris have been recovered, he said. Some pieces began washing ashore last week.

Divers found the plane’s cockpit voice recorder Friday along with the human remains.

Officials have said they will continue to search until they’re confident they have found all they can.

The second of two memorial services was being held Tuesday for the plane’s pilot, John T. Fleming, his wife, Sue Fleming, and their teenage sons, Jack and Andrew.

The Flemings were returning to Columbus after making the trip to a Cleveland Cavaliers game with their neighbor Brian Casey and his teenage daughter, University of Wisconsin-Madison nursing student Megan Casey.