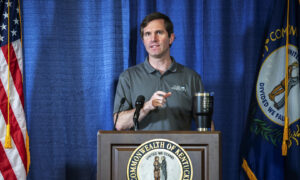 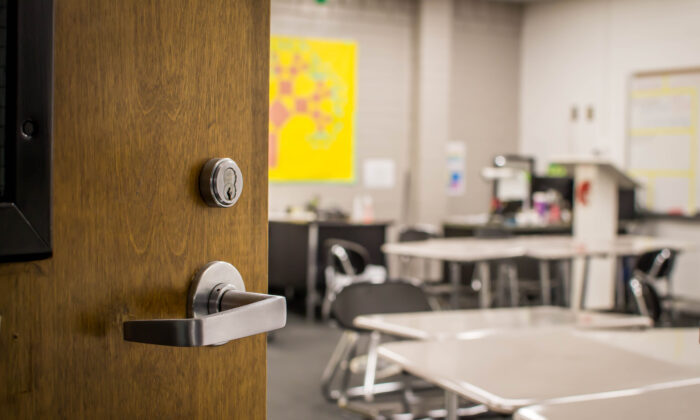 A coalition of some 400 private and religious schools are suing Michigan’s top health official, arguing that the extension of a statewide ban on in-person learning violated the students’ constitutional rights.

The lawsuit was filed Monday in U.S. District Court for the Western District of Michigan against Robert Gordon, director of the Michigan Department of Health and Human Services. The same day, Gordon extended by 12 days an earlier order banning in-person learning at high schools, colleges, and universities in an effort to curb the spread of the CCP (Chinese Communist Party) virus.

Three Catholic high schools, along with the Michigan Association of Non-Public Schools (MANS) that represents some 400 institutions, argued that they should be allowed to open, noting they have diligently followed their safety protocols and cooperated with state and local health officials, and their infection rates remain low.

“Every day that students at MANS-member schools cannot gather together, the students and families are deprived of the religious formation and community that is at the core of their faith and the very reason for their enrollment,” the complaint stated, adding that college football, as well as other secular activities “with demonstrably higher risks,” are still permitted under the order.

“Forbidding students from attending religious schools that have protective measures in place, and while permitting countless other gatherings that pose equal or higher risks, is irrational and arbitrary,” the complaint read.

Brian Broderick, executive director of the MANS, said in a statement that the state’s in-person learning ban violates the students’ constitutional right to practice religion, as the religious educational experience cannot be meaningfully accomplished without the students’ physical presence.

“While faith is integrated into curriculum, physical presence at a faith-based school allows for additional, unique integration beyond classroom instruction. This includes religious services, participation in the sacraments, and the overall Christian community,” Broderick said.

The Michigan lawsuit is one of the legal efforts to challenge public health restrictions across the nation on a First Amendment basis. Last month, a Kentucky K–12 Christian school sued Gov. Andy Beshear for his in-person class restrictions. Citing a surge in CCP virus infections, the Democrat governor signed an executive order on Nov. 18 requiring all public, private, and religious-based schools to cease in-person classes from Nov. 23 until at least Jan. 4, 2021.

In another November lawsuit, the U.S. Supreme Court ruled in favor of New York City’s Orthodox Jewish community, blocking New York Gov. Andrew Cuomo from enforcing an occupancy limit on places of worship in his state.

“Even in a pandemic, the Constitution cannot be put away and forgotten,” the majority opinion read. “The restrictions at issue here, by effectively barring many from attending religious services, strike at the very heart of the First Amendment’s guarantee of religious liberty.”