Soros Charity Should Have to Oppose Prostitution to Receive US Grants, Supreme Court Told
0 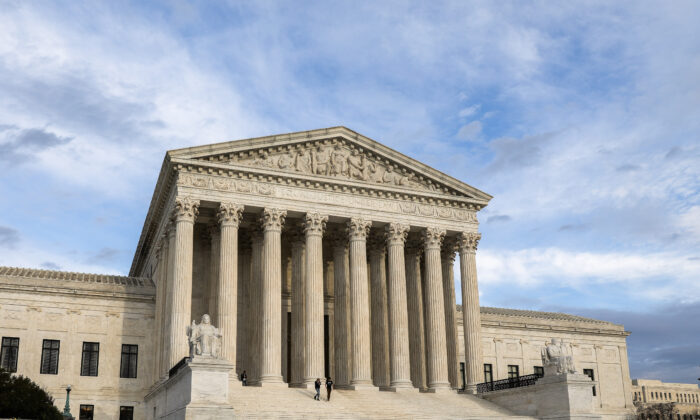 Religious schools should be shielded from employment discrimination lawsuits brought by former teachers, the Supreme Court heard May 11.

That point of view was advanced in two cases, Our Lady of Guadalupe School v. Morrissey-Berru and St. James School v. Biel, that were consolidated and heard together telephonically on May 11 and broadcast to the public. One hour was set aside for oral arguments, but the hearing ran an hour and 40 minutes.

In the two cases, the two Catholic schools in Los Angeles argued that the 9th Circuit Court of Appeals ignored binding caselaw by allowing the teachers to move forward with their lawsuits. While one of the teachers claimed age discrimination, the other, who has since died and is now represented by her husband, alleged she was fired after informing the school she had breast cancer.

Religious organizations argue the decisions in the two cases violate Supreme Court precedent by failing to recognize the “ministerial exception” that blocked a teacher at a Michigan Lutheran school from taking her employer to court.

The legal thinking is that this exception advances the Free Exercise and Establishment clauses of the First Amendment by preventing legal claims from being made against church bodies by their employees who perform religious functions.

The exception, which is said to protect churches from improper government influence, was recognized by the Supreme Court in a 2012 ruling known as Hosanna-Tabor Evangelical Lutheran Church and School v. Employment Opportunity Division.

The question before the high court was whether this exception applies to teachers who are themselves not spiritual leaders. In other words, the justices and lawyers discussed who is considered a “minister” and where to draw the proverbial line.

The two cases now before the court, as well as the case that led to the precedent, were brought by the Becket Fund for Religious Liberty, a nonprofit and public interest law firm.

Attorney Eric Rassbach, representing Our Lady of Guadalupe School, said during oral arguments that it was important to keep the government out of church affairs.

“If separation of church and state means anything at all, it must mean the government cannot interfere with the church’s decisions about who is authorized to teach its religion.

“In this country, it is emphatically not the province of judges, juries, or government officials to decide who ought to teach Catholic fifth graders that Jesus is the son of God or who ought to teach Jewish preschoolers what it means to say: ‘Hear, O Israel, the Lord your God, the Lord is one.’

“And at bottom, that is what these cases are about: who controls who teaches the faith to schoolchildren.”

Justice Ruth Bader Ginsburg asked, “Who among them are not ministers?” adding that it’s not a requirement to be Catholic in order to teach at a Catholic school. “How can a Jewish teacher be a Catholic minister?”

Rassbach said the religious school must have the final say.

Justice Clarence Thomas told Morgan Ratner of the U.S. Solicitor General’s Office that he was “perplexed as to what you do, for example, with the chemistry teacher who starts class with a Hail Mary … or the lay teacher who teaches religion but does it in a very straightforward, objective way. How would you handle those?”

Ginsburg joined in, telling Ratner, who was arguing in support of the schools, that “the breadth of the exemption is staggering; that is, these people are exempt from all anti-discrimination laws.”

“So, to take a stark example, suppose a teacher who does everything the two teachers … in these cases do, as a faith leader, also reports a student’s complaint of sexual harassment by a priest and is terminated. She has no remedy?”

Ratner replied that the Hosanna–Tabor case was correctly decided and its principles should be applied in the hypothetical the justice posed.

According to that ruling, “employment discrimination claims that involve the hiring or firing of an employee necessarily go to a religious organization’s ability to control who ministers to the faithful and that those claims are categorically precluded.”

Jeffrey Fisher, the lawyer for the teachers, said the other side was overreaching.

The way the ministerial exemption has been interpreted by the lower courts, “you basically have employment law-free zones in all religious schools,” he said.