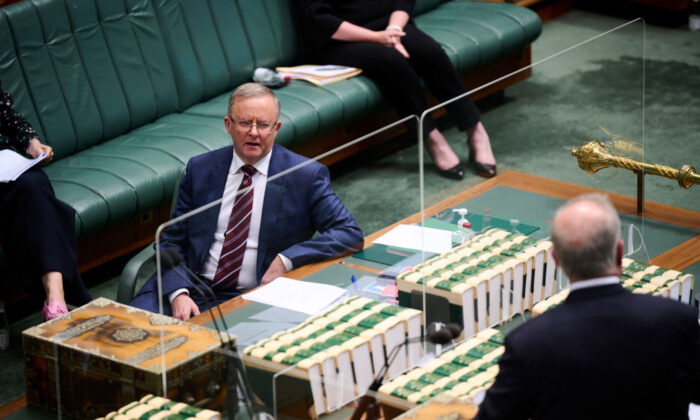 Chances of the religious discrimination bill becoming law are fading after the government shelved the bill indefinitely, potentially leaving one of the central election promises of Prime Minister Scott Morrison unfulfilled.

After a marathon 10-hour debate, the bill passed the House of Representatives in the early hours of Thursday morning after five Liberal backbenchers crossed the floor to vote with Labor and the crossbench on a much-watered down version of the bill. The amendments included changes to protect gay and transgender students from being expelled based on their sexual orientation or gender identity.

However, just hours later, Labor and the government voted to remove the legislation from the Senate’s agenda on Thursday, with the Coalition saying it has received legal advice suggesting the amendments could fuel discrimination against children.

Opposition Leader Anthony Albanese touted the result as a win but said he would continue to push for further changes in the Senate.

“It’s not our job to sit back, see bad legislation just carried, not participate, not trying to improve it, and then just complain about it from the sideline,” Albanese told reporters.

The government consulted with faith groups on the future of the controversial laws following the defeat, but some of them have insisted they do not back the protections for gay and transgender students passed alongside it.

In a statement on Thursday, the Australian Christian Lobby announced it has withdrawn its support for the bills, saying the proposed legislation were intended to help faith-based schools, but now they “do more harm than good.”

“Taking away protections for Christian schools is a price too high to pay for the passage of the Religious Discrimination Bill,” ACL director Wendy Francis said.

“The loss of this protection would outweigh any benefits that could be obtained by the religious discrimination bill.

“With the amendments so damaging to religious freedom, the government should immediately withdraw the bills.”

But Mark Spencer, Director of Public Policy for Christian Schools Australia (CSA), on Feb. 8, said while Christian schools “have never expelled students simply on the basis of sexual orientation,” the CSA welcomed the targeted amendments to address fears created by activists.

He further noted that supporting “gender-questioning students” is more “complex,” and schools need to be able to deal with these issues on a case-by-case basis.

Before the last election, Morrison previously promised he would legislate religious freedom, but Assistant Attorney-General Amanda Stoker maintained that if it does not happen, it is not a broken promise.

“I don’t think we could be marked down in circumstances where we’ve really moved heaven and earth to make it happen,” she told the ABC.

“We haven’t needed it (religious discrimination bill) for over 100 years. Why now?” he asked.