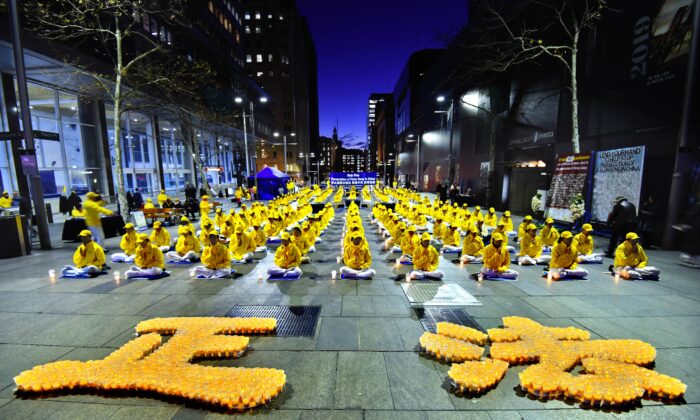 Religion a Threat to Authoritarianism

As I am an avid reader, I decided to read Jennifer Zeng’s acclaimed memoir “Witnessing History: One Woman’s Fight for Freedom and Falun Gong.”

This book, published in 2005, is a well-known memoir of a member of the Falun Gong faith who was imprisoned in a Chinese labor reeducation facility, tortured, and humiliated until she was “reformed.”

It’s a story of perseverance, faith, persecution, and redemption, and it’s a testament to the enduring power of faith, truthfulness, compassion, and forbearance.

But primarily, the book is a tangible reminder of the persecution of religion and conscience in many different parts of the world. Hence, Zeng’s book has been reviewed numerous times.

Zeng’s story examines why the Chinese authorities and other governments ruthlessly and violently persecute religious groups merely for practicing their faith.

In the case of Falun Gong, this persecution included sleep deprivation, hard labor, indoctrination, executions, a horrible existence in a reeducation camp, organ harvesting, and more.

However, the treatment of Falun Gong practitioners in China isn’t an isolated event of religious persecution in the world. For example, in China right now, the Muslim Uyghur minority of Xinjiang is experiencing much the same treatment.

Further, the Baha’i community has been persecuted for a long time in Iran and Yemen, where their members receive lengthy prison sentences.

More recently, Christian churches have been destroyed in Indonesia, sometimes even with the tacit support of authorities. In Afghanistan, there have been reports of people executed because they had the Bible on their phones.

So, why do some countries viciously persecute religions?

The answer to this question is as unsettling as it is true. The governing regime is afraid that people would obey and take instructions from an authority they consider to be higher than the ruling party.

The Chinese Communist Party (CCP) will do anything to retain power and stamp out opposition to its authoritarian rule, even a nonviolent religious movement, because it’s afraid of ideas that it can’t control or don’t emanate from it.

Even in countries like Australia, where the common law system—rooted in religion, religious values, and traditions—is being eroded, dismantled, and in any event, seriously questioned and attacked.

These laws affect people’s lives, from the cradle to the grave. These include, and relate to, how and when we are born, how marriage is defined, and even now extend to the way in which we die.

The treatment of Falun Gong, which the Chinese authorities have falsely claimed is “evil,” is a reminder that totalitarianism fears religion.

Totalitarian states will subscribe to Article 1 of The Humanist Manifesto II 1973—a text of the humanist movement—that states, “Traditional … religions that place revelation, God, ritual, or creed above human needs and experience do a disservice to the human species. Any account of nature should pass the tests of scientific evidence; … the dogmas and myths of traditional religions do not do so.”

The persecution of religions also violates international law. There are many international human rights documents that protect the right to exercise one’s religion in public and private freely. They are an attempt to codify natural rights.

Article 19 of the United Nations’ Universal Declaration of Human Rights states, “Everyone has the right to freedom of thought, conscience, and religion; this right includes freedom to change his religion or belief, and freedom, either alone or in community with others and in public or private, to manifest his religious belief in teaching, practice, worship, and observance.”

Emeritus professor of law Harrop A. Freeman argued in 1958 that religious belief and action couldn’t be separated, saying, “Great religion is not merely a matter of belief; it is action” and that one of the “most scathing rebukes in religion is reserved for hypocrites who believe but fail to so act.”

There are many other international documents that protect the right to religious freedom, including the right to hold religious beliefs and to practice these beliefs.

For example, the Declaration on the Elimination of All Forms of Intolerance and of Discrimination Based on Religion and Belief was adopted by the General Assembly of the United Nations on Nov. 25, 1981.

“Discrimination between human beings on the ground of religion or belief constitutes an affront to human dignity and a disavowal of the principles of the Charter of the United Nations, and shall be condemned as a violation of the human rights and fundamental freedoms,” Article 3 of the declaration stipulates.

The persecution of religion is, using the language of the 1981 Declaration, “an affront to human dignity.”

Religion should be protected in China and other authoritarian states and revalued in Western countries, including Australia.