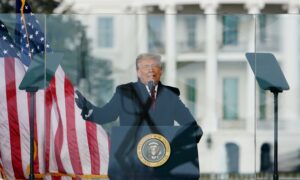 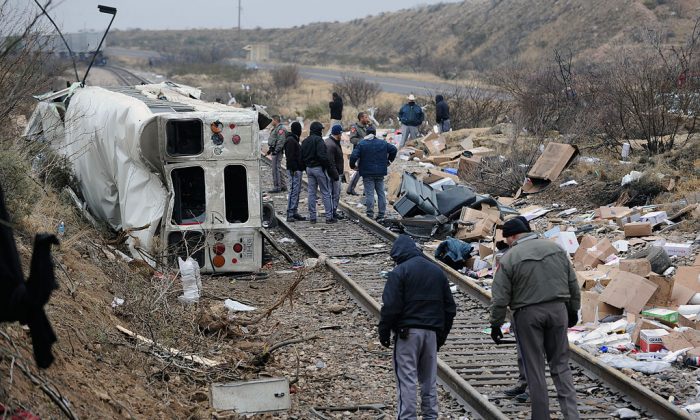 LUBBOCK, Texas—The hospital treating victims of a deadly prison bus crash in West Texas said Thursday that relatives aren’t being allowed to visit the inmates because of a longstanding policy, despite demands from the inmates’ families to see them.

Eight inmates and two veteran officers were killed when their bus skidded off an icy interstate and collided with a Union Pacific freight train on Wednesday. The four inmates who survived were taken to Medical Center Hospital, which bars relatives from visiting any inmate who comes to the hospital in Odessa for treatment, spokeswoman Tiffany Harston said.

Jay Rodriguez, whose cousin Damien Rodriguez is among the hospitalized inmates, said he worries his family won’t have a chance to say good-bye. He said his 22-year-old cousin is in critical condition.

“They won’t even let us see him, knowing he could die at any time,” he KWES-TV in Midland.

The inmate’s aunt, Veronica Terez, said she and her mother were stunned when they learned they couldn’t be with Damien Rodriguez in his hospital room.

“My mom is just, she’s just hysterical,” a sobbing Terez told the television station. “I can’t be there with him. I can’t be next to him. I can’t do anything. I don’t even know how he’s doing.”

But he added that the hospital’s policy isn’t unusual.

“This policy is pretty standard in health care,” Timmons said.

The bus was traveling from Abilene to El Paso when it skidded off Interstate 20 while traveling from one prison to another. Officials say the prisoners didn’t have seat belts and were handcuffed together in pairs. Some were ejected from the bus after it struck the train.

The two other inmates in critical condition are Terry Lavell Johnson Jr., 22, and Hector Rivera, 37. The fourth surviving inmate, 34-year-old Remigio Pineda, was in serious condition.

After veering off the interstate, the Texas Department of Criminal Justice bus slid down an embankment and hit the last two cars of the train, which was traveling on tracks perpendicular to the interstate Wednesday morning. The collision left the bus a crumpled mass and scattering packages from the train alongside the track in Penwell, just west of Odessa.

Texas Department of Public Safety investigators said the primary factor in the crash was the icy road conditions, and that none of the three accidents in the vicinity before the bus skidded off the interstate was “directly related” to the bus wreck.

A state prison system spokesman said the bus was new and had been placed in service over the summer.

No one on the train was injured. The train was traveling from the Los Angeles area to Marion, Arkansas.

From The Associated Press. AP writers David Warren, Terry Wallace and Diana Heidgerd contributed to this report from Dallas.