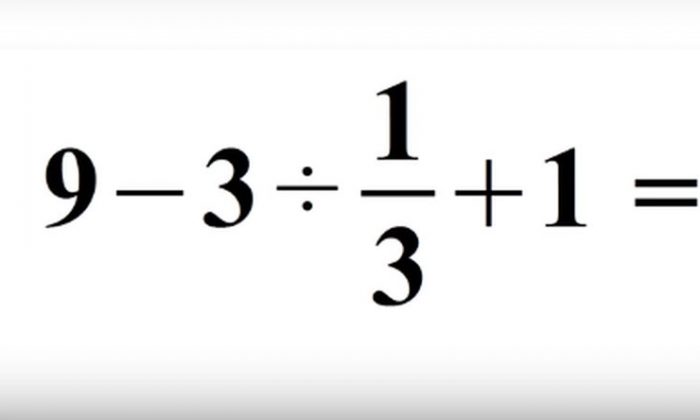 At first glance, it looks easy. But it’s stumped many over the years, starting in Japan.

The problem went viral in Japan after a recent study found only 60 percent of people between the ages of 21 and 29 could get the correct answer–down from 90 percent in the 1980s.

Despite appearing simple, Presh Talwalker of Mind Your Decisions noted what had fooled most people.

“You should write an expression that groups one third as one group,” he says in the video.

Read More
Fish Math Riddle Is Driving People Crazy: Can You Solve It in Under 60 Seconds?
Is the Answer One or Is It Nine? Simple Math Problem Is Causing Complicated Debate

“Three divided by one third is equal to nine, and now we have nine minus nine, plus one,” he added

Another viral math problem is:

Here’s the answer to the problem:

There are 63 people on the train, meaning that one would subtract the 17 people who boarded the train.

That gives 65, the answer, meaning there were 65 people on the train to start.

Louise Bloxham posted the problem to Twitter, confusing a number of people by stating the answer is 46. But that only solves the first portion of the problem.